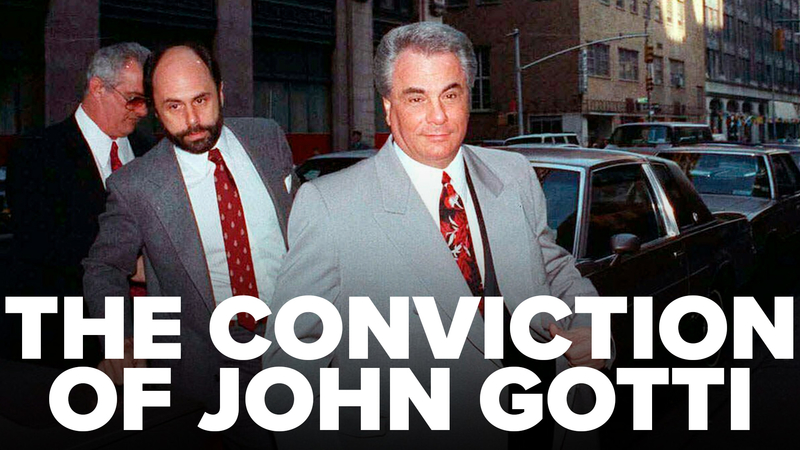 NEW YORK (WABC) -- On April 2, 1992, mob boss John Gotti was convicted in New York of murder and racketeering; he was later sentenced to life, and died in prison.

Eyewitness News was there as the "Teflon Don," who had escaped justice for so long was finally found guilty.


In this episode of the Vault, we revisit Eyewitness News coverage from that day.

With reports from outside of the courtroom and in the New York City neighborhoods Gotti reigned over the mob, relive the shocking conclusion to one of the most notorious mobster to have ever lived.


Watch the full Vault episode in the video player above.