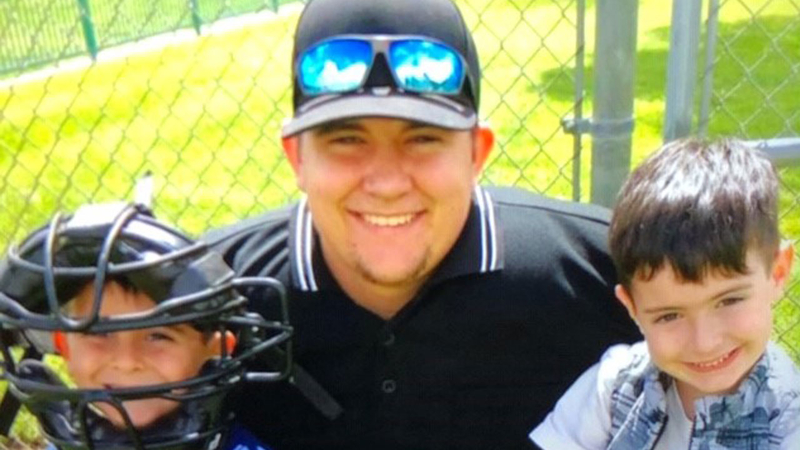 THOUSAND OAKS, Calif. -- In a heartbreaking press conference, a father identified his son as one of 12 people slain in the mass shooting at Borderline Bar & Grill in Thousand Oaks.

Jason Coffman, whose 22-year-old Cody was killed in the shooting at Borderline Bar & Grill, remembers his son.

"We just got word that my son was one of the those who were killed. This was my first-born son," said Jason Coffman, Cody's father. "Cody was the big brother that my kids need."

"I have a daughter coming on the 29th of this month. He was so excited to have his first sister, and now she will never know him," he said through tears. "Oh Cody, I love you son."

"I am speechless and heartbroken," he said. "My life has changed forever."

Cody's father said his son was taking steps to fulfill his dream of becoming part of the U.S. Army. Cody was also the head umpire for the Camarillo Pony Baseball League.

A man who survived the deadly mass shooting last year in Las Vegas also miraculously came out of a mass shooting at a bar in Thousand Oaks alive Wednesday.

"There were so many people that he touched, and now they're going to be just as heartbroken as I am," he said.

The 12 slain victims also include Sgt. Ron Helus, 54, of Moorpark. Helus, who served on the force for 29 years, is survived by a wife and son. Ventura County Sheriff Geoff Dean said Helus "was looking to retire within the next year or so."