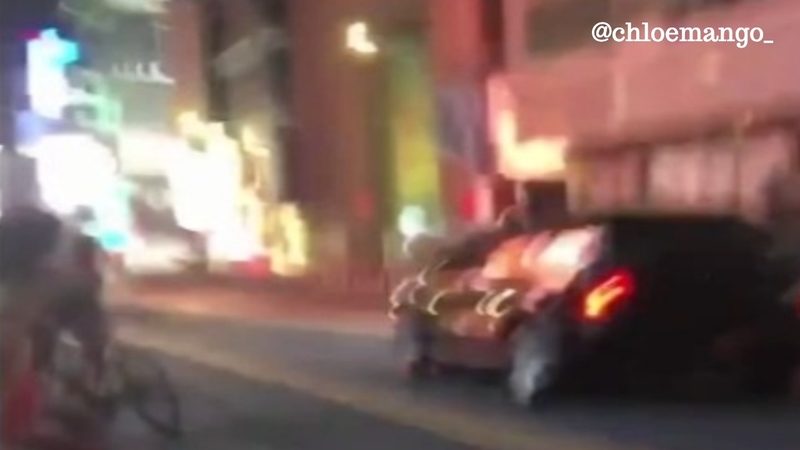 SUV drives through group of protesters in Times Square

TIMES SQUARE, Manhattan (WABC) -- A motorist who panicked after his SUV was surrounded by a protest Tuesday night in Times Square was released by police with no charges filed.

The front of the protest group, mainly bicyclists, surrounded his Dodge Durango westbound on 42nd Street at Sixth Avenue at around 9:10 p.m.

The bicyclists were attempting to hold traffic for the protests when the driver appears to have panicked and tried to drive away from the crowd.

A bicycle was thrown under his vehicle as he drove away, blowing his tires, and protesters banged on his windows.

No one was injured. One of the protesters was taken to the hospital for a panic attack.

After driving away from the crowd, the protesters pursued the vehicles two blocks to Broadway, where police took the driver to the local police precinct. He was released with no charges filed.