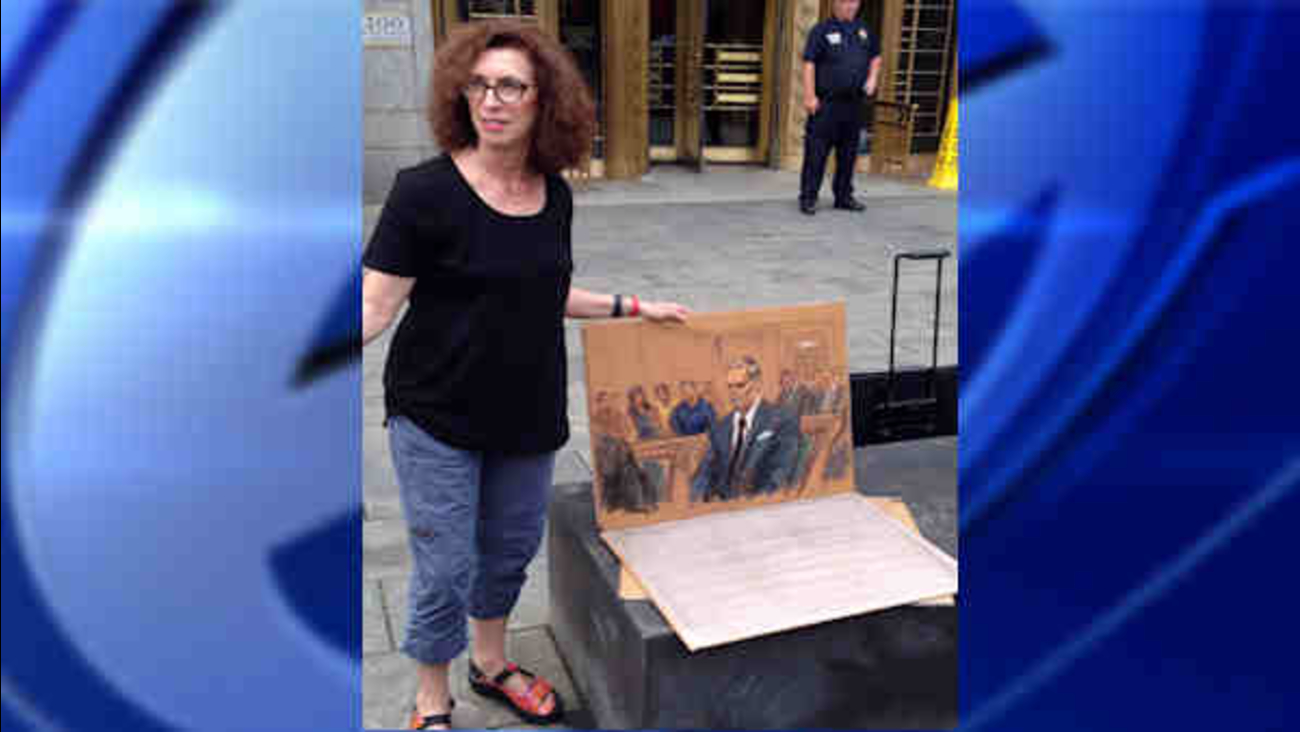 NEW YORK -- A courtroom artist who some Internet critics say made New England quarterback Tom Brady look like an aging cartoon villain has gotten a wave and a "thank you" from the superstar.

She says she was nearly alone in court finishing her drawing when Brady left a conference room and walked nearby with his lawyers.

She says he waved, looked her way and said "thank you." Rosenberg's not reading too much into it, saying he might just be "a polite guy who waves to everybody."

Outside the courthouse, she described her Monday sketch as "not so great," bemoaning that her view was obstructed by one of Brady's lawyers and she had only a few minutes to draw. The hearing lasted less than five minutes.