WABC
By Eyewitness News
NEW YORK (WABC) -- Service along the 7 train line in Manhattan and Queens has been restored after a mid-rush shutdown Wednesday afternoon.

The issues began around 5:30 p.m., when the MTA said signal problems prompted them to suspend the entire line -- between 34th Street/Hudson Yards and Flushing/Main Street in Queens.

Even though service started up again just before 7 p.m., the MTA said there are extensive delays, and riders are urged to take alternative subway or bus lines.

The shutdown likely impacts many New York Mets fans going to Wednesday's game against the Phillies, which starts at 7:10 p.m.

Here's a look at the large crowd at Queensboro Plaza in Long Island City during the suspension:

This video from NewsCopter 7 showed the view from above the same station:

Riders took to social media to talk about the suspension of service:

#7train service is "completely suspended" during peek hours. The 7 does break down constantly but this is just crazy 😱 #mta @MTA only in #NY

The 7 train is suspended. Have fun getting to that @Mets game tonight, folks!

Some people said they were even stuck on a train:

@NYCTSubway been stuck on this 7 train for 30 minutes with no announcements - you couldn't tell us this beforehand?! 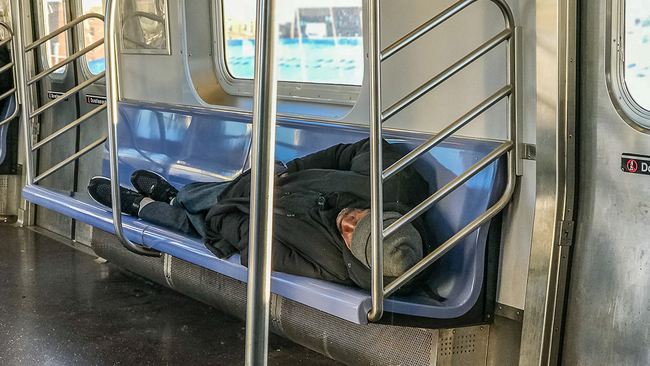