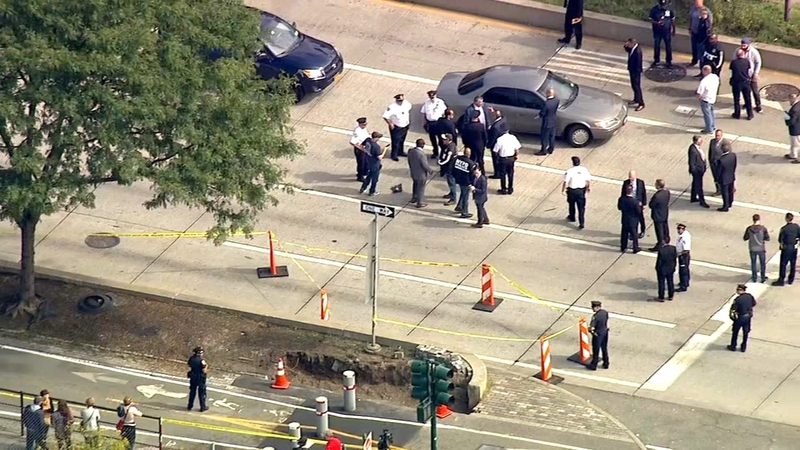 MIDTOWN, Manhattan (WABC) -- A suspect fled a traffic stop on the West Side Highway in Manhattan Thursday, and authorities fired a pair of shots at the fleeing driver.

No one was struck and no injuries were reported, but part of the West Side Highway was closed for the investigation.

Police say one suspect in custody, and no other suspects are being sought. Charges are now pending against 31-year-old Jamarcky Almanzar.

The traffic stop reportedly involved New York State Police and DEA agents. Authorities say the suspect is a Bronx-based drug dealer who was wanted in an ongoing heroin operation.

The officers attempted to pull the their suspect over on the West Side Highway, with officers' vehicles stopped in front of and behind the suspect's car.

The suspect reportedly struck one of the law enforcement vehicles as he fled, and the shots were fired as the driver sped away.

The officers followed him to the Bronx, where he was taken into custody in the vicinity of Broadway and West 262nd Street in the Riverdale section.

It is believed that location is where the suspect lives, and two others were arrested at that building. All three are believed to be involved in the alleged heroin ring.

Police then returned to the scene of the shooting to conduct an evidence search.

All lanes of West Side Highway in both directions were reopened to vehicular traffic by 3:30 p.m.