Vehicle slams into restaurant in Brooklyn 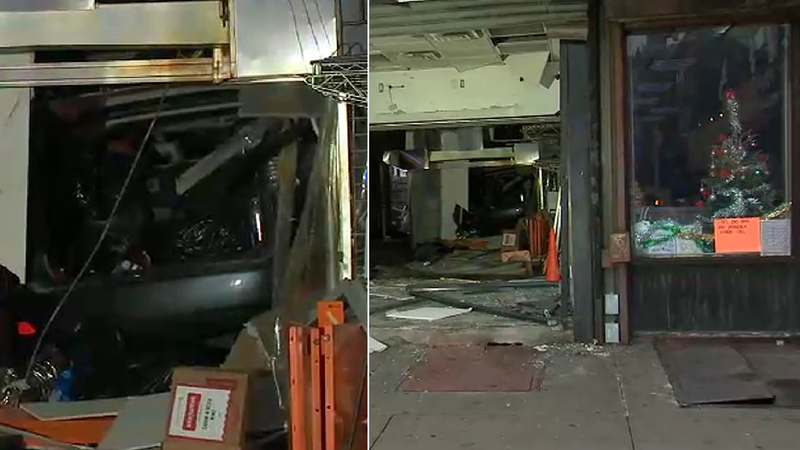 Vehicle slams into pizza shop in Bedford-Stuyvesant section of Brooklyn

BEDFORD-STUYVESANT, Brooklyn (WABC) -- Police are investigating after a car crashed into a restaurant in Brooklyn early Tuesday.

It happened around 6 a.m. at the former Pizza Wraps pizzeria on Fulton Street in Bedford-Stuyvesant.

The business was recently closed, and a officials said a new owner was working to reopen it as a Caribbean eatery.

Video from NewsCopter 7 showed multiple police and fire units on the scene.

The car, which was not visible from the air, appeared to have gone all the way inside the building.
EMBED More News Videos

John Del Giorno has breaking details over the scene in Bedford-Stuyvesant.

No one was injured in the crash.

"I started crying because that's my livelihood," owner Joy Lacoa said. "All of my savings getting taken, now I have nothing, you know, and this is it."

A gas leak was reported shortly after the incident occurred, prompting authorities to shut down gas in the area as a result.

Police are working to determine what caused the driver to lose control.