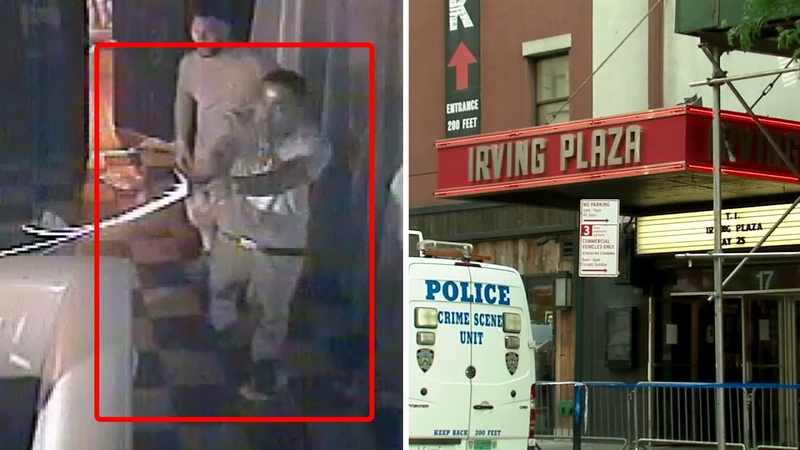 UNION SQUARE, Manhattan (WABC) -- Rapper Troy Ave is filing a lawsuit against the Manhattan venue where he shot himself at a concert earlier this year. The rapper, whose real name is Roland Collins, says he's on crutches because of Irving Plaza and concert promoters.

Attorneys say he'd be walking on his own today if it weren't for negligence.

"This place let someone into the facility with a gun without checking them," attorney Scott Leemon said. "And but for their action, Troy would never have been shot."

In a lawsuit filed in New York state court Monday against Irving Plaza and Live Nation, attorneys say he "did not bring any guns and/or weapons of any kind into the venue on May 25, 2016. Any weapon recovered in the video was brought into the venue by a third-party who did not have any association with the plaintiff."

But when asked where Troy Ave got the weapon, Leemon responded, "We're not discussing any of the facts."

Surveillance video released by the NYPD showed Collins allegedly firing a weapon inside the venue, and police say he shot himself. The 30-year-old was indicted for attempted murder after his close friend, Edgar Ronald McPhatter, was killed and two other concert-goers injured.

"He did not bring that gun into the venue," Leemon said. "That's the important thing. That gun was brought into the venue by somebody else, and because of that, my client was shot. That's the problem."

There was security at the main entrance, but according to Troy Ave's attorneys, there was no security at a side VIP entrance. And that's what they say a gun was brought in.

"The security here did not pat down anyone who came in the back door," Leemon said. "That's the the problem here."

Live Nation is not commenting on the lawsuit, and Troy Ave's attorneys maintain he was acting in self defense.