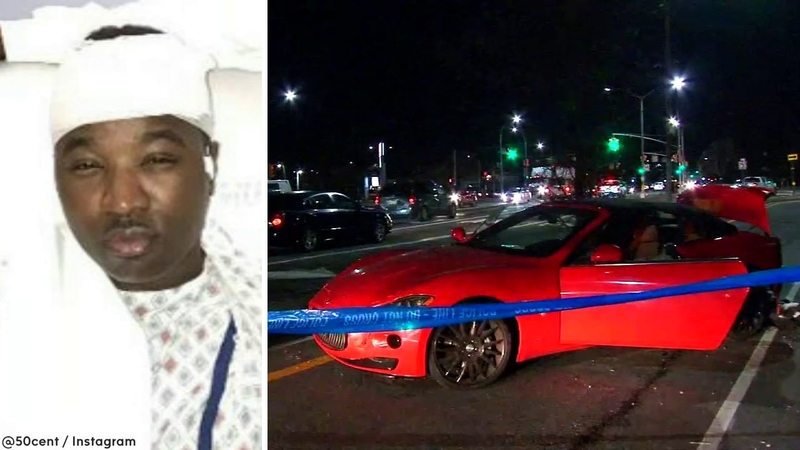 The shooting happened while he was going to meet his family in Brooklyn for Christmas dinner, according to a statement by his attorney, Scott Leemon.

Troy Ave, whose real name is Roland Collins, was shot twice while in his red Maserati on East 91st Street and Linden Boulevard in East Flatbush Sunday around 5 p.m.

Josh Einiger has the latest developments.

Troy Ave's lawyer says a man wearing a hoodie walked up to the driver's side window, and fired shots, hitting the rapper twice. One of the bullets grazed his head while another hit his arm.

Police said Troy Ave was stopped at that intersection when he was shot.

Surveillance video shown to Eyewitness News reporter CeFaan Kim shows Troy Ave hit the gas, going in reverse. His car ended up jumping the median and spinning around to face oncoming traffic before another car hit his head-on.

PHOTOS: Scene where rapper Troy Ave was shot in Brooklyn

50 Cent went to visit Troy Ave in the hospital after he was shot twice pic.twitter.com/iitmeEjGxD

The lawyer adds that Sunday's incident proves that Troy Ave is still the victim, and was 'targeted.'

Police have not confirmed that though, and there are no suspects at this time.

He was one of four people shot, and officers released video at the time showing Troy Ave firing a gun. His close friend, Edgar Ronald McPhatter, was killed and two other concert-goers injured.

A grand jury indicted the rapper at the time on attempted murder and weapons possession charges, even though his lawyer insists he was not the aggressor and was acting in self-defense.