'Everyone should be free:' NYC Ukrainians in 1991 cheer independence as Soviet Union collapsed 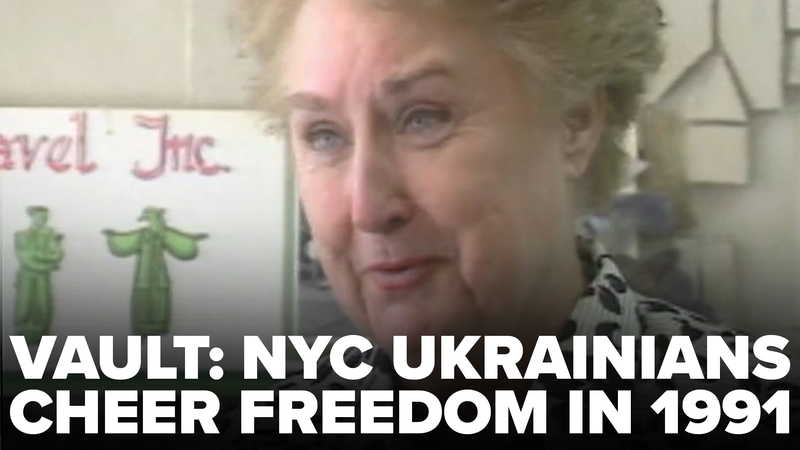 'Everyone should be free;' NYC Ukrainians in 1991 cheer independence

EAST VILLAGE -- (WABC) -- As the Russian invasion of Ukraine continues, Eyewitness News is looking back to a historic moment for the nation now fighting to preserve its independence, one that was filled with optimism.

On August 26, 1991, Channel 7 Eyewitness News reporter Art McFarland visited the East Village's Ukrainian community, where there was joy and hope after Ukraine had declared independence from the Soviet Union days earlier.

In 1991, McFarland visited the Kobasniuk Travel Agency, where Ukrainian Americans would go to arrange trips to their country. Those who worked there were expecting business to pick up dramatically as Ukrainian independence unfolded.

As McFarland reported, "for now they are content with knowing that life in their homeland is becoming what they feel it should be."

Vera Shumeyko, the travel agency's owner, grew teary as she described the significance of Ukrainian independence.

Declarations of independence had also been adopted by governments in Estonia, Latvia, Lithuania, Belarus and Russia at the time the report aired.

At New York's Ukrainian Museum, women, some visiting from Ukraine were filled with optimism for their country's future.

"And I hope every nation in the world would support us because we suffer for 70 years," one told McFarland that day.