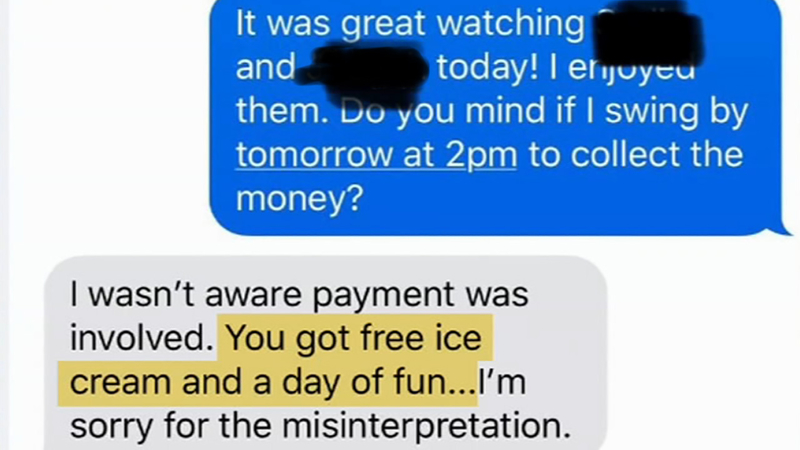 Mother refuses to pay babysitter, tries paying in 'ice cream and fun' instead

A viral thread between a mom and a babysitter is making the rounds after the mother tried paying the sitter in "ice cream and fun" instead of money.

The text thread between the two was posted on Reddit.

The babysitter watched two kids for eight hours and later asked the mother when she could collect her payment.

The mother replied by saying she wasn't aware that payment was involved, and that the babysitter got free ice cream and a day of fun. She then apologized for any misinterpretation.

The mother then called the sitter "stuck up," saying her kids are easy before offering the sitter $20.

The babysitter said as much as she loves the kids, she was working for the pay exclusively.

The conversation ended with the mother blocking the babysitter, and the sitter threatening small claims court before the father stepped in and paid the babysitter.

The heated exchange caught a lot of attention on Reddit, garnering more than 4,500 comments.