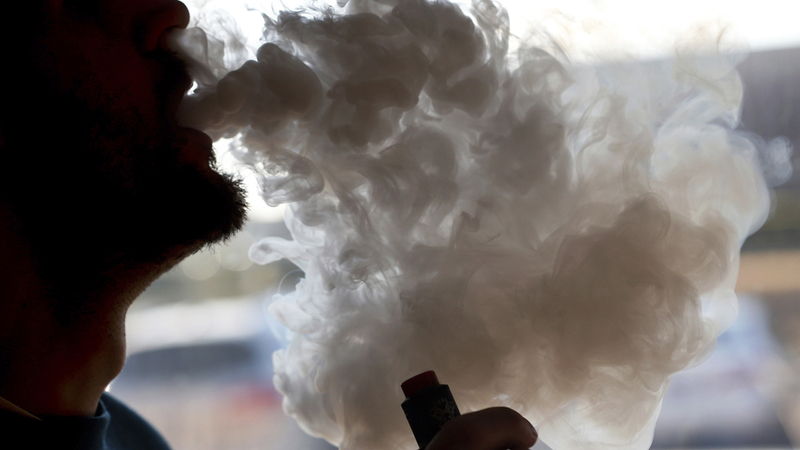 NEW YORK (WABC) -- New York Governor Andrew Cuomo announced Tuesday that a teenager from the Bronx is the first death associated with vaping in the state.

"Parents have to know, young people have to know, you are playing with your life when you are playing with this stuff," he said. "And it's not just best-case scenario for vaping. You get addicted to nicotine, and that is a lifelong struggle. I can tell you as a person who was young and stupid and smoked, it is an addiction that you will fight for your entire life. That's best case. Worst case is you vape and it kills you. It's not regulated. It's not tested. You don't know what vaping is. Nobody studied the effect of steam in your lungs with these chemicals, and you drop dead."

Cuomo said the 17-year-old died at Montefiore Hospital from a vaping related pulmonary illness. The teen is the youngest of the people who have died nationwide because of vaping.

The Centers for Disease Control and Prevention said last month its investigation into the outbreak is looking at products containing the marijuana compound THC, but further details regarding the fatal case in New York were not immediately available.

"The city is investigating the case in question but no official determination has been made at this time. We're alarmed by the uptick of vaping-related illnesses and will continue to fight for reforms that keep dangerous e-cigarette products out of the hands of our children."

What we know about vaping illness outbreak, deaths

Nationally, there are now more than 1,000 confirmed and probable cases of severe lung illnesses, with 19 fatalities in 18 states.