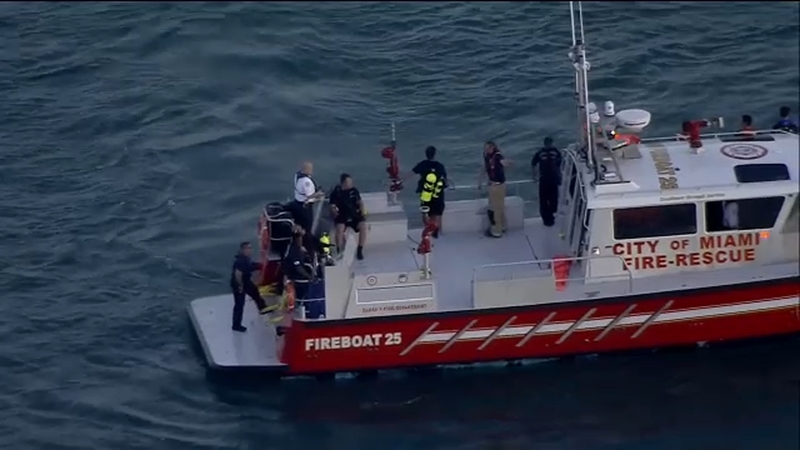 MIAMI, Florida (WABC) -- Police say a woman from Westchester County, New York, was one of two women killed when their car fell off a ferry Tuesday and plunged into the waters between Florida's Miami Beach and Fisher Island.

Miami Dade police say 75-year-old Viviane Brahms, from Harrison, was the passenger in the blue 2019 Mercedes Benz that went overboard and sunk.

They identified the driver as 63-year-old Emma Afra, from Fisher Island.

The incident happened around 4 p.m. Tuesday as the Fisher Island Ferry was crossing Government Cut, a 50-foot-deep man made shipping channel.

Divers from the Miami Dade Fire Rescue as well as the Miami Dade Police Department launched a search and eventually located the sunken vehicle later that night with the two unresponsive women inside.

"The United States Coast Guard will be conducting a maritime incident investigation, and the Miami Dade Police Department will conduct the death investigation," police spokesperson Alvaro Zabaleta said in a statement Wednesday.

The Coast Guard is investigating how the car fell from the ferry, which takes people and cars back and forth from the exclusive Fisher Island. The front and back of the ferry are usually closed by chains during the short trip.