Black hymns: The legacy left by the enslaved honored on Juneteenth and every day 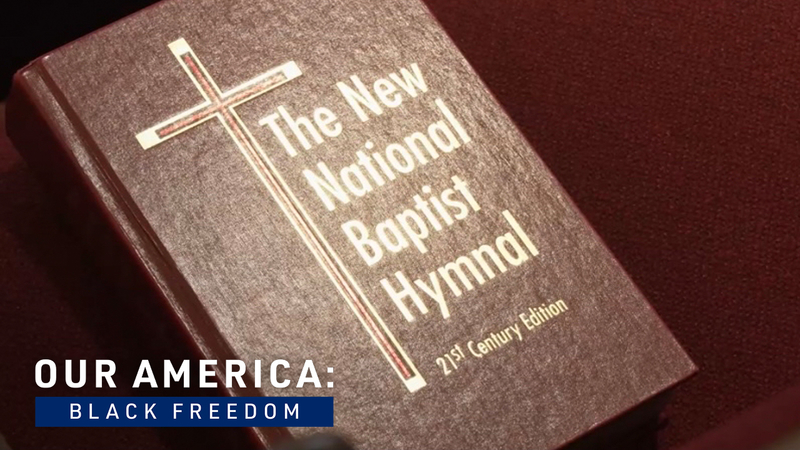 Black hymns: The legacy honored on Juneteenth and every day

DURHAM, N.C. -- If the trees surrounding the historic Stagville plantation in Durham, North Carolina, could talk, they'd tell you it was once one of the largest plantations in the state.

"They did grow a little tobacco, cotton and of course all types of foods," said Khadija McNair, the assistant site manager at Stagville Plantation. "At this plantation's height, it was about 30,000 acres large and there were over one thousand people enslaved here."

Stagville was established in the late 1700s, built on the backs of slaves and run by the Cameron-Bennehan family.

"We know that Paul Cameron gives a speech at UNC-Chapel Hill around 1870. He says there's not one monument standing to the accomplishment of African American people," said McNair.

The system of slavery destroyed and separated millions of families. The enslaved were forced to labor on the property while enduring physical and sexual abuse that often bore children. The consequences of escaping to freedom kept many slaves from leaving, so they used hymns and spirituals to mentally escape.

"Songs of solace. Songs of hope, sorrow, joy, strength. In many ways, as Dubois and others say, music is the soul of Black folks," said Rev. Dr. Luke Powery, the dean of the Duke University Chapel.

Powery said much of the music originates from Africa. Many of these songs have withstood the test of time and are sung by church choirs on Sunday mornings today.

"Which is a miracle. It's amazing to me that we have so many of these songs that we can turn to," said Powery. "The enslaved offer a gift to the world!"

These hymns of freedom are the thread woven through the quilted history of this country. They serve as a reminder of the past and the promise of its hope-filled future.

"I would hope they would be proud of us, all of us, for reclaiming their voices, for telling their stories and acknowledging their contributions," said McNair.

In honor of Juneteenth, we're telling stories of what Black freedom means today, from a 94-year-old's quest for a national holiday to the fight for reparations to cultural celebrations. Click here for more stories from your city and around the country.
Report a correction or typo
Related topics:
north carolinadurhamour americareligionblack freedommusicu.s. & worldrace in americajuneteenth
Copyright © 2022 WABC-TV. All Rights Reserved.
BLACK FREEDOM
How people came to celebrate Juneteenth in the U.S.
Singer Blush on the importance of celebrating Juneteenth
Juneteenth food: How red plays role in celebratory cuisine
Meet Opal Lee, the grandmother of Juneteenth
TOP STORIES
19 children, 2 adults killed by gunman in TX school shooting
Uvalde school shooting: What we know about 19 kids, teacher killed
Jersey City police fatally shoot man after report of shots fired
Live | Eyewitness News 24 x 7
Fleet Week New York returns to the Big Apple
AccuWeather: Sun and clouds with a cool breeze
'People are getting numb': Texas mom reacts to mass shoot at school
Show More
A look at some of the deadliest US school shootings
Rep. Antonio Delgado to be sworn in as NY lieutenant governor
Biden to sign policing order on anniversary of Floyd's death
Biden addresses nation on 'horrific' Texas school shooting
Alleged shooter in unprovoked subway murder surrenders
More TOP STORIES News