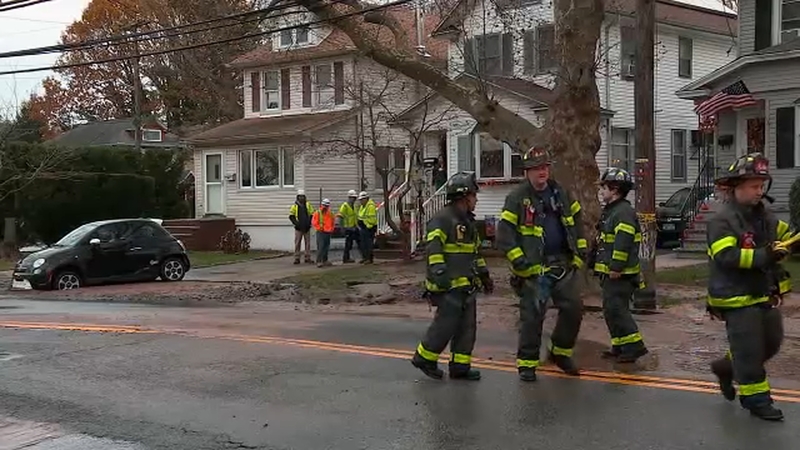 It happened on Watchogue Road at Hawthorne Avenue in the Westerleigh section just after 5:15 a.m.

Water could be seen gushing down the street and into the storm drains, flowing into the street for about two hours until city DEP workers shut down the main.

"This is how bad it was flowing," neighbor Barbara Nola said. "The water was gushing really, really badly."

At one point, a motorist attempted to drive out of a driveway only to get stuck in the street.

"So she got in her car and she was going to work, and the thing stopped right there and she couldn't get out," Nola said. "The wheel was spinning like crazy, and I said, 'Mariam, what are you doing?' She didn't realize it was mud."
EMBED More News Videos

John del Giorno reports on the break impacting streets and homes in the Westerleigh section of Staten Island.

No injuries were reported, but local residents were expected to have reduced or no water service.

Some reported that water flowing from their faucets was brown.

The city's DOT was requested to survey the street, which appears undermined.

Buses that run along Watchogue Road -- SIM3, SIM3C and SIM34 -- were detoured.