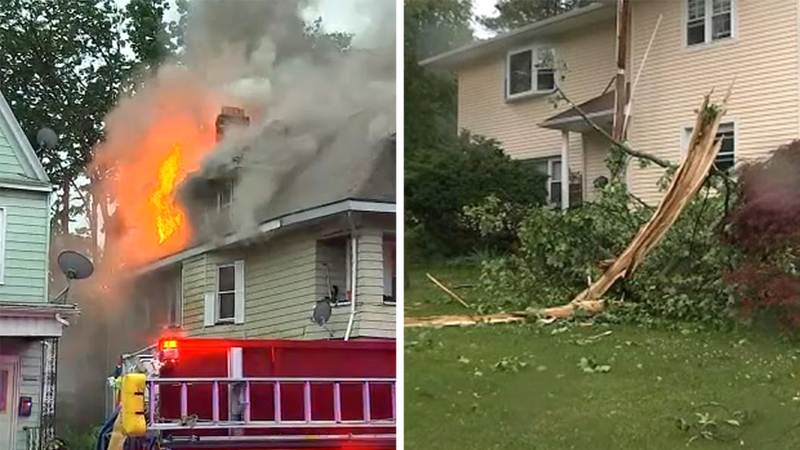 NEW YORK (WABC) -- There were reports of flooding, lightning strikes and power outages across the area as storms moved through the Tri-State area.

The storms hit around 3 p.m. on Tuesday afternoon and lasted into the early evening.

PHOTO: A stunning photo of lightning was captured by an eyewitness over the Statue of Liberty: 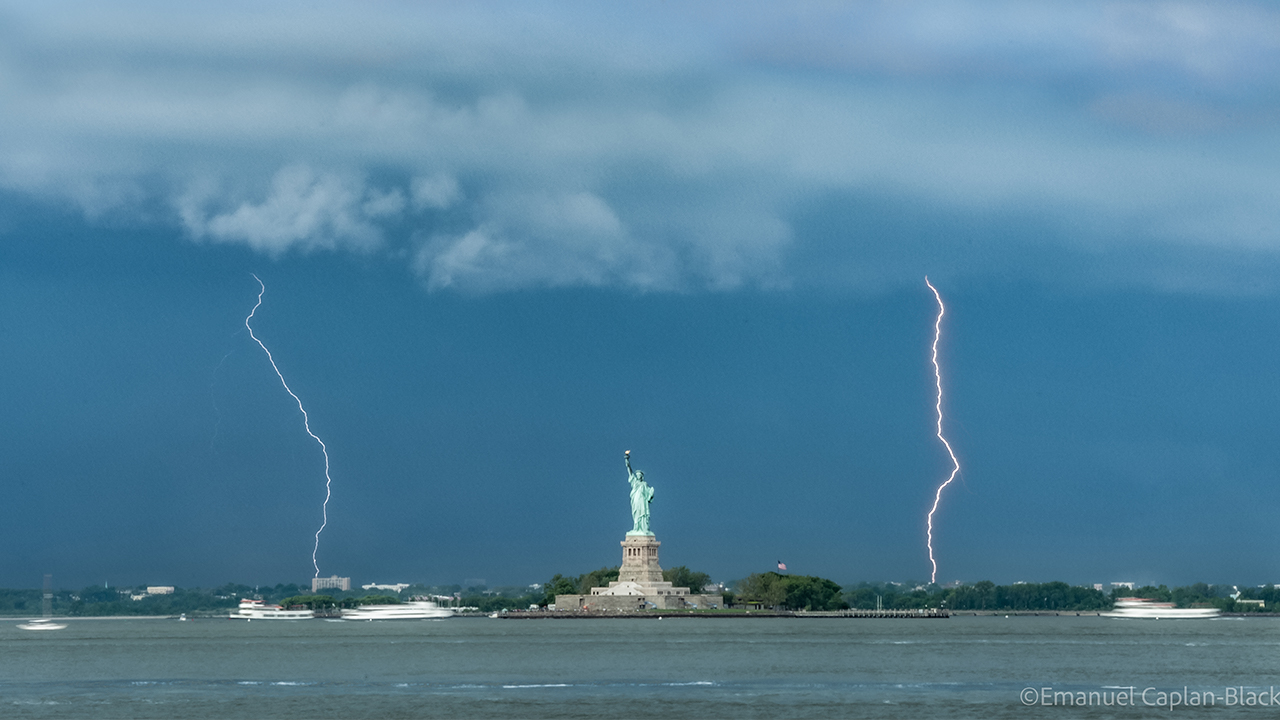 Despite flood warnings in NYC and areas to the north and west, New Jersey bore the brunt of the damage -- including lightning that struck homes and trees.

In Irvington, firefighters worked to put out a three-alarm blaze at a home that may have been struck by lightning on Springfield Avenue near Sanford Avenue around 3:45 p.m. Neighbors said the home was struck by lightning and people had to be rescued.

Witnesses at the scene said it sounded like an explosion.

Eyewitness News is told only a couple people were home at the time, but three families who live inside are now displaced. Fortunately, there were no reports of injuries.

There were also reports that lightning hit a house in nearby Berkeley Heights.

In Woodcliff Lake, there were reports of a tree down on a home on Magnolia and Lincoln avenues.

Three people were home at the time when they heard the lightning strike and the tree collapse. Fortunately no one was injured and the only damage reported was to the roof.


As flooding was a major concern with this storm system, a car was spotted stuck in knee-deep water on Garibaldi Avenue in Hackensack.
EMBED More News Videos

In Rockland County, multiple cars with passengers inside were partially submerged in water before they were safely rescued.

Eyewitness News spoke with one of the drivers who was in good spirits and thankful to be OK.

At one point during the storms, more than 13,000 people lost power amid reports of downed wires in New Jersey.

Lee Goldberg explains the weather phenomenon known as 'roll clouds' after an eyewitness captured video of one at Silver Point Beach Club on Long Island.