Above and Beyond: Making a difference after Superstorm Sandy 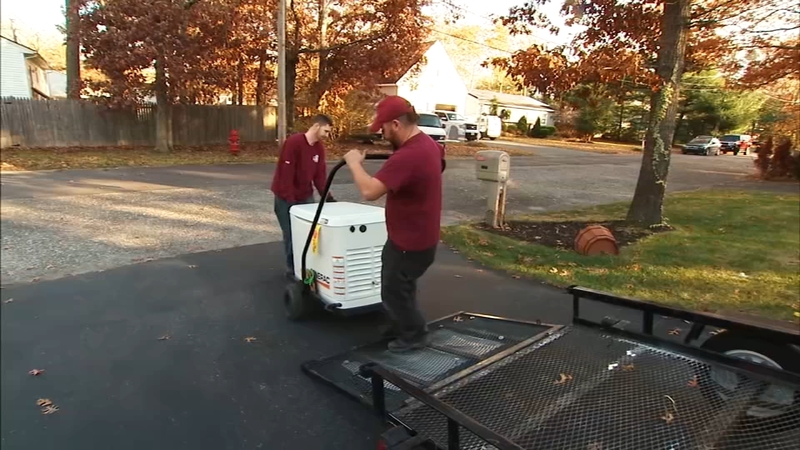 Above and Beyond: The people who were there to help after Sandy

NEW YORK -- When Super Storm Sandy hit, it upended the lives of so many people in our area. We asked you, the viewers, to submit stories of the people who made a difference in your community and the submissions were overwhelming. Below we share the stories of our "ABC7 ABOVE & BEYOND - HEROES OF SANDY CONTEST" grand prize winner and three honoree winners. Now, see how Generac is giving one resident peace of mind before the winter season arrives! 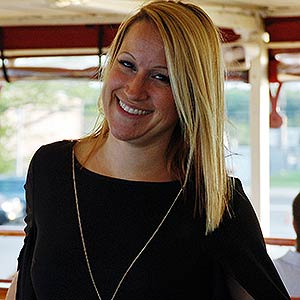 "Holly is a Special Ed Teacher, Coach, Tutor, Volunteer with Vietnam Vets 200, and a pet rescuer. After Sandy hit, she was without utilities for 12 days. Meanwhile, her thoughts were on her displaced students and friends, many of whom are First Responders," Debra Nitto wrote. "Using what little she had in her fridge right after the storm she whipped together meals, delivering them to the local firehouse. Then, after talking with her school administrators and teachers, they together set up a donation site to help others in need. With the little bit of fuel left in her car, she drove for miles seeking donations for her students from the few stores still open. She made sure her "kids" were clean, fed and entertained with games from the store. As she delivered it all to the school drop off, Nitto became aware of others in her community who needed help as well - she drove to the nearest gas station and waited in line, got fuel and then went out to collect baby food, diapers, blankets, pillows, and more."

"And she didn't stop there: When school finally started back up, she saw that so many of these children were still in need, so she dug into her own pocket and placed bowls on her desk filled with toothbrushes, deodorants, combs, coins and more, and gave her students lunch money. She did this while not having utilities on at home herself, and while caring for her rescued pups that fell ill due to trauma. She had to take out a loan to care for her pets. When phone service returned, she made calls to check on veterans, and she helped her neighbors clean up. She has always cared about her community since childhood, and continues throughout her adult life to put her community first while always staying quietly in the background. It would be nice to finally acknowledge her generous soul."


Nominee: Danny Latham
Nominated by: Julia Torillo, Patricia Bertuccio, Flora LoGrasso-Masalsky
"Danny Latham pushed through police and others barricades and went through flooded streets to get to his friend Janice "Twozee" Selleck," Julia, Patrici and Flora wrote in their nomination. "He had no idea if her house was part of the fire. As she was handicapped, she could not get her feet out of the water as she sat and stayed in her chair. When he got there she was in hypothermia and congested heart failure. Attempts to get an ambulance seemed futile, but he got OEM to the house. When an ambulance was able to get through the flooded streets they were giving him a hard time about getting her to the hospital, but he fought with them and got her there. Doctors said another hour or so and she would surely have died. He sat with her all night in his wet clothing and stayed with her. "Twozee "just passed away on July 11, 2017."


Nominee: Nino Coppolino
Nominated by: Christine Casalino
"Nino Coppolino used his monster truck and helped rescue many helpless people who couldn't be reached by the fire department or EMS vehicles because of deep flooding," Christine Casalino wrote. "During that time, his own home was flooded and he lost a used vehicle that he had just obtained for work commuting. He has had his home flooded twice due to the storms, but he chose to help others instead of trying to protect his home during the storms. I think he deserves a reward and recognition!"

Nominee: Melissa Van Wickler
Nominated by: Danielle Broggy
"We lived in Island Park, NY - a small town in Nassau County that is often forgotten. There wasn't one person who wasn't affected. Our street had ten feet of water; we lost everything," Danielle Broggy wrote. "The stuff we tried to save, we put upstairs and then the roof blew off. My family was living in a hotel for six months. I had joined a few Facebook pages for different hurricane resources, and that's how I met Melissa Van Wickler. She is from East Rockaway, a town also damaged by Sandy. She brought us clean blankets and sheets. She was a Tupperware rep who won a trailer right before Sandy. Without blinking an eye, right after Sandy she lent it to different families who were displaced. I don't think she even got a chance to use it for herself. Families lived in it until they were able to move back home. Melissa had an SUV where she would run and pick up furniture she'd found for families. She started a Pay it Forward group. When she heard a family was moving home, Melissa would be there asking what they needed to get back on their feet and be a normal family again. Melissa delivered 'Welcome Home' Tupperware baskets. She donated all her Tupperware sales commission back into the community. Melissa taught me how to pay it forward, and now that we are back on our feet that's what we do. Melissa will always hold a special place in my heart as she does with others in the surrounding communities."

Michelle Charlesworth reports on Above and Beyond nominee Holly Nitto.