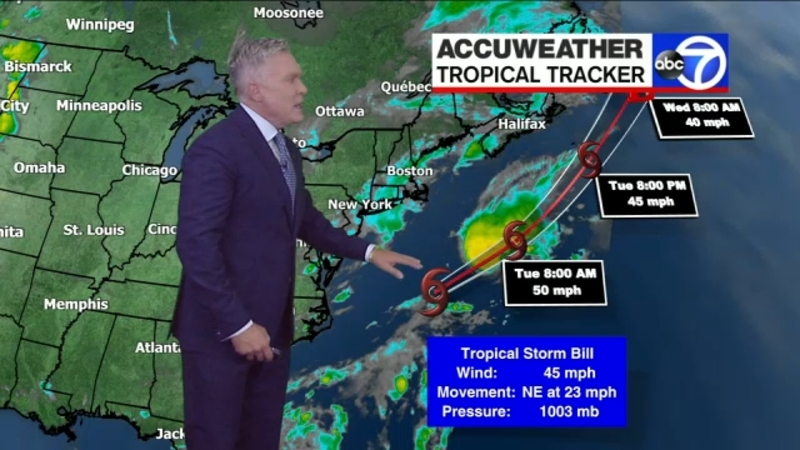 RALEIGH, North Carolina -- Tropical Storm Bill formed in the Atlantic Ocean Monday off the East Coast and is expected to be short-lived.

The latest projections show the storm staying offshore, moving parallel to the coast and not bringing any threat as it heads in a northeasterly direction.

It is expected to move away from the U.S. in the next 24 hours.

Some rough surf and rip currents are possible along the East Coast.

Bill strengthened from a tropical depression which formed off the North Carolina coast earlier Monday.

The storm, much like the first of the season, Ana, is not expected to not pose a threat to people or property on land.

Tropical Depression 2 formed off our coast at 11am today. Will likely strengthen to Tropical Storm Bill later today. No impacts felt locally as this system is racing to the NE at 21mph. pic.twitter.com/9J03eB8EJd

The system is moving northeast at 23 miles per hour and is expected to continue strengthening through Tuesday and then dissipate Wednesday without ever making landfall.

A third tropical depression could become tropical storm Claudette by the end of the week.