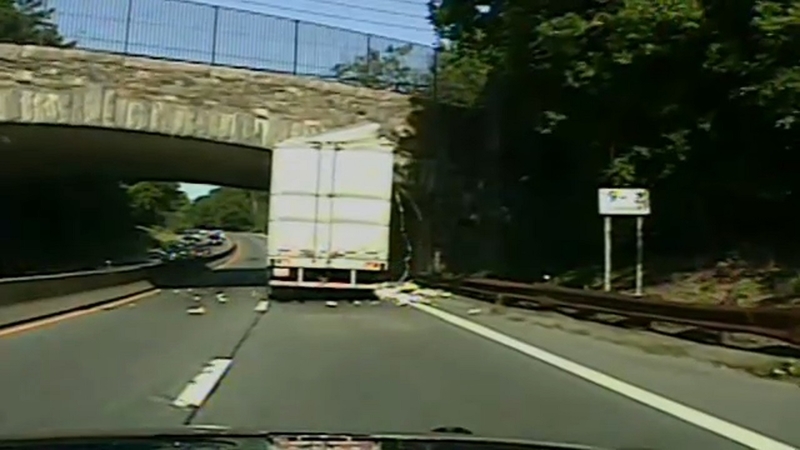 HARRISON, New York (WABC) -- The Westchester County Executive is calling on GPS makers to help stop the number of trucks smashing into overpasses on the county's parkways.

There have been nearly 200 collisions between over-height vehicles and bridges with low clearance.

George Latimer formed a task force this summer after five bridges strikes in July at the King Street overpass in Harrison.

In August and September there was only one accident after the number of warning signs were dramatically increased along the Hutchinson River Parkway.

Despite the initial success, there were five additional collisions in September. Latimer says the main problem is drivers who are unfamiliar with the area following GPS devices who direct them to the fastest route.

"If they can tell you there's a police car with radar a half mile up the road or there's slow traffic, they can obviously tell you something that's a fixed problem such as a low clearance bridge," says Latimer.

Latimer says he will continue to work with GPS makers because he believes the issue is "resolvable."

"It is frustrating to the think the signage doesn't quite work fully, that we can't get the cooperation we want from the gps companies and that somehow the trucking industry isn't getting the message out fully to the people that drive," added Latimer.