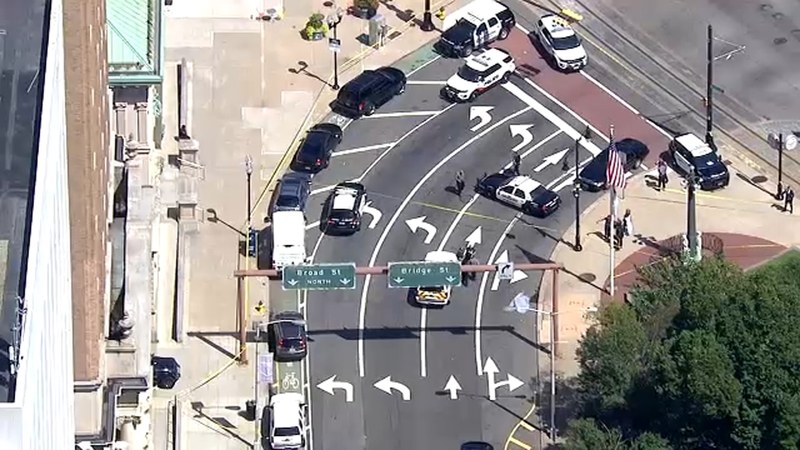 The pedestrian was struck on Washington Street near Washington Park at approximately noon Tuesday.

The victim's name has not been released.

Thomas Anderson, who knew the victim, said she was trying to get to the public library when the driver mowed her down. He said she had barely stepped off the sidewalk when she was struck.

"She gave me a hug 10 minutes ago. Now she's laying in the street with her brains hanging," he said.

Police have yet to release details about the suspect, but initial reports indicate that the driver was in a gray Honda CRV.

Bystanders tried their best to track it down.

"People running back-and-forth looking to see which way he went. It's a four-way intersection. They were trying to catch him he crashed at the end of the street," said eyewitness Joan Falcon.

The driver of the vehicle was located a short time after the crash. No charges have been filed at this time, but the investigation is ongoing.