Worker critical after falling down building shaft in Brooklyn 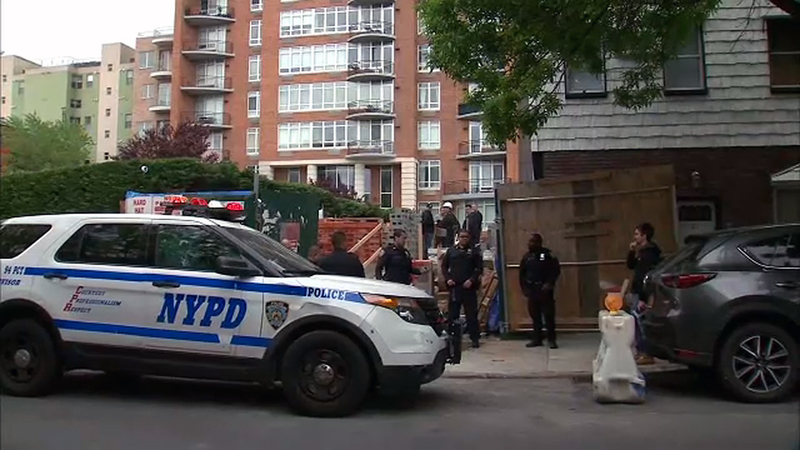 Worker critically hurt from fall down elevator shaft in Greenpoint

GREENPOINT, Brooklyn (WABC) -- A worker is in critical condition after falling down a hole or shaft at a construction site in Brooklyn Friday morning.

The 34-year-old man fell about 10 feet inside a building on Richardson Street in Greenpoint just after 9 a.m.

The victim sustained a head injury and was rushed to the hospital in critical but stable condition.

The worker was not wearing a safety harness and there were no guardrails around the shaftway.

The Department of Buildings issued a full stop-work order and six violations to general contractor Avo Construction, including an aggravated penalty for failure to safeguard the site, which alone carries a $25,000 penalty.

The DOB said the site, a new three-family building, had a partial stop-work order covering the installation of insulation after inspectors previously found improperly placed insulation in violation of the city's energy code.

The contractor needed to fix that before installing more insulation, but preliminarily, it appears the injured worker was performing masonry work, meaning the partial stop-work order did not apply.

Inspectors visited this site in April as part of a citywide inspection sweep and found no violations.