THE BRONX -- New York newcomer Josh Donaldson drove in the go-ahead run in the bottom of the 11th inning Friday to give the Yankees their first Opening Day walkoff win since 1957, a 6-5 victory over the Boston Red Sox.

Josh Donaldson capped his Yankees debut with an RBI single in the 11th inning, lifting New York over the Boston Red Sox 6-5 Friday for its first walk-off win on opening day since Yogi Berra scored in 1957. 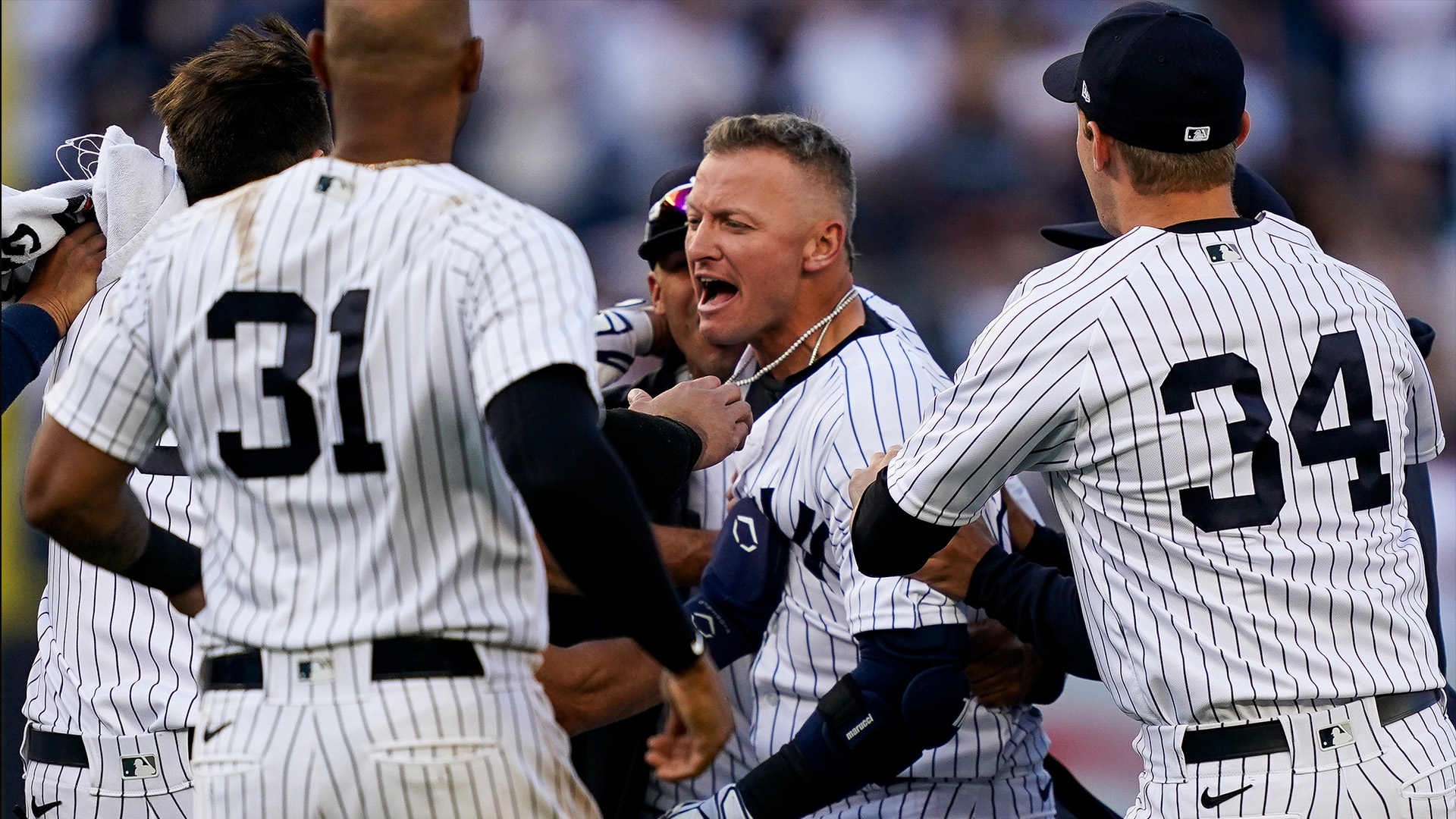 Trailing 3-0 before ace Gerrit Cole got a single out, the Yankees rallied against their longtime rival.

Xander Bogaerts put the Red Sox ahead 5-4 in the 10th with an RBI single against winner Michael King - Bogaerts' his third hit of the game. Pinch-hitter Gleyber Torres tied it in the bottom half with a sacrifice fly off Ryan Brasier.

Donaldson, acquired from Minnesota last month, grounded a single up the middle against rookie Kutter Crawford leading off the 11th. Isiah Kiner-Falefa, who started the inning as the automatic runner at second base, scored in his Yankees debut.

It was the Yankees' sixth overall walk-off win on opening day. The last time came when the defending World Series champions began the 1957 season by beating the Washington Senators 2-1 as Berra scored on a single by Andy Carey.

Before the Yankees and Red Sox met, New York star Aaron Judge let his deadline for a long-term contract pass.

Judge, who said he will not negotiate during the season, went 2 for 5, including a two-out double in the ninth off Hansel Robles. Giancarlo Stanton, who had homered in the fourth, struck out for the fourth time, sending the game to extra innings.

Rafael Devers hit a two-run homer as Boston built a 3-0 lead in the first off Cole, who lasted just four innings.

Anthony Rizzo had a two-run drive in the bottom half and Stanton tied it at 3 with a leadoff homer in the fourth. Both were off Nathan Eovaldi, who beat Cole in last year's AL wild-card game.

Seats were filled with a sellout crowd of 46,097, COVID-19 protocols were dropped and opening-day festivities returned after two seasons altered by the pandemic.

Ukraine's flag was raised and its national anthem played before "The Star-Spangled Banner" during ceremonies that included a moment of silence for war victims.

Eovaldi allowed three runs and five hits in five innings, leaving with a 4-3 lead after Alex Verdugo's go-ahead single in the sixth off Clay Holmes through a drawn-in infield.

Cole was booed 14 pitches in. He walked Kiké Hernández on four pitches leading off and allowed a two-run homer to Devers on a 98.6 mph pitch that landed in the second deck in right. Bogaerts followed with a single and scored on J.D. Martinez's double, prompting a mound trip by pitching coach Matt Blake.

Cole had looked forward to his first Yankees opener before a full crowd. He settled down to retire 11 of his last 14 batters.

Stanton has five opening-day homers, including four with the Yankees. He struck out in his four other at-bats.

Trevor Story played his first big league game at second base after 733 at shortstop and went 0 for 5 at the plate in his Red Sox debut. ... Donaldson was 2 for 6 in his Yankees debut and Kiner-Falefa was 0 for 5, including a strikeout in a 10-pitch at-bat that ended the 10th. ... New New York City Mayor Eric Adams played catch with Yankees pitcher Luis Severino before the game.

New York's Aaron Hicks returned from wrist surgery and was 1 for 4 with three strikeouts in his first game since last April 27.

Boston is wearing black patches on its right sleeves with a white No. 2 in memory of Jerry Remy, whose last name is in red. The former player and broadcaster died Oct. 30 at age 68.

Yankees: Rizzo was hit on the right hand by a fastball from Eovaldi in the fifth inning that tailed in. He stayed in the game.