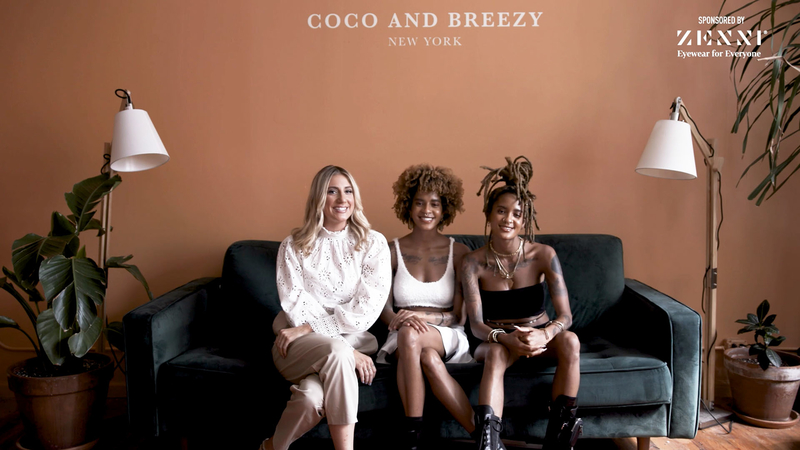 NEW YORK -- Entrepreneurs Coco & Breezy weren't always the fearless models, DJs, and designers they are today. Growing up in Minnesota, they often felt like they didn't fit in.

"Growing up being little Black girls, we didnt have women that were shown on TV or media that looked like us," says Brianna "Breezy" Dotson. She and her sister, Corianna "Coco" Dotson, started designing eyewear as teenagers as a way to stand out and feel more confident, as they were often bullied for the color of their skin.

After leaving Minnesota and moving to New York, their eyewear quickly went viral, especially after Prince wore their iconic "Third Eye" sunglasses during his November 2014 Saturday Night Live appearance and November 2015 American Music Awards performance. Coco and Breezy's eyewear has since graced the faces of celebrities like Beyoncé, Rhianna, Lady Gaga, and many others.

With Zenni, Coco and Breezy created an eyewear line for conscious kids called Planet CB. Each stylish frame is named with a positive affirmation, such as "I am brave" or "I am fearless" and includes a write-your-own affirmation bookmark and colorful cleaning cloth designed by the duo.

Planet CB is so much more than an eyewear line for kids. With every pair sold, a portion of proceeds is donated to Child Mind Institute, the leading independent non-profit in childrens mental health. Child Mind Institute is dedicated to transforming the lives of children and families struggling with mental health and learning disorders by giving them the help they need to thrive.