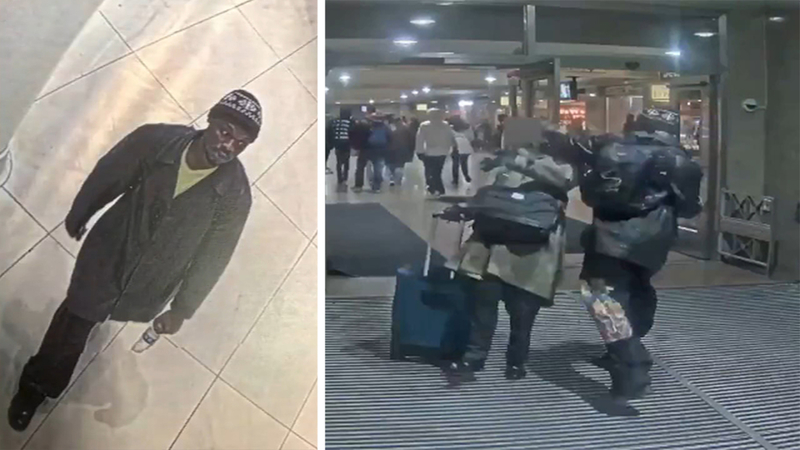 NEWARK, New Jersey (WABC) -- New Jersey police are offering a $3,000 reward for information leading to the arrest of suspect who sucker punched a man at Newark's Penn Station.

The attack happened on March 6, around 7:20 p.m., when a man was attacked as he approached the Raymond Plaza East exit of Penn Station.

New video released by the New Jersey Transit Police Department shows the male suspect turn and sucker punch the older victim in the face, causing him to fall and lose consciousness.

The victim suffered cuts to the face and the back of his head.

Police say the suspect fled the scene and it's believed that he boarded a train bound for New York Penn Station.

The suspect is described as 35-45 years old, wearing a black leather jacket, a yellowish-green t-shirt, black/white winter cap, dark pants with a graphic design on the left leg.

Officials say he was also carrying a black backpack at the time of the attack.