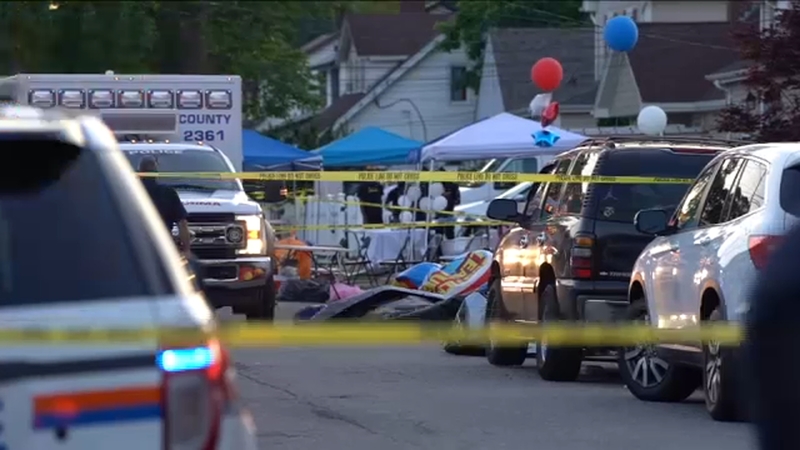 1 killed, 2 injured in shooting at party on Long Island

ROOSEVELT, Nassau County (WABC) -- Police are searching for the gunman who killed one person and injured two others at a party on Long Island.

The shooting happened in front of families with children all out in the neighborhood just enjoying the 4th of July holiday.

A deflated bouncy house that was set up for the party was visible at the scene.

It happened on Hudson Avenue near Nassau Road in Roosevelt around 7:30 p.m., where police say two people got into an argument.

When the gunfire rang out, people ran for their lives.

It's not clear how many people pulled out guns, but in the chaos, 27-year-old Tavon Greenhill, of Hempstead, was struck and killed.

A 31-year-old woman from Uniondale is in critical condition, while a 21-year-old man from Hempstead is in stable condition.

"That don't usually happen around here on my block," area resident Don McCullough said. "Quiet, nobody really be up here a couple of kids playing every now and then, but mainly quiet. I've been here for 40 years and never really encountered too many shootings going on."

So far, no one is under arrest.

If you have any information, police ask that you call Crime Stoppers at 1-800-244-TIPS.