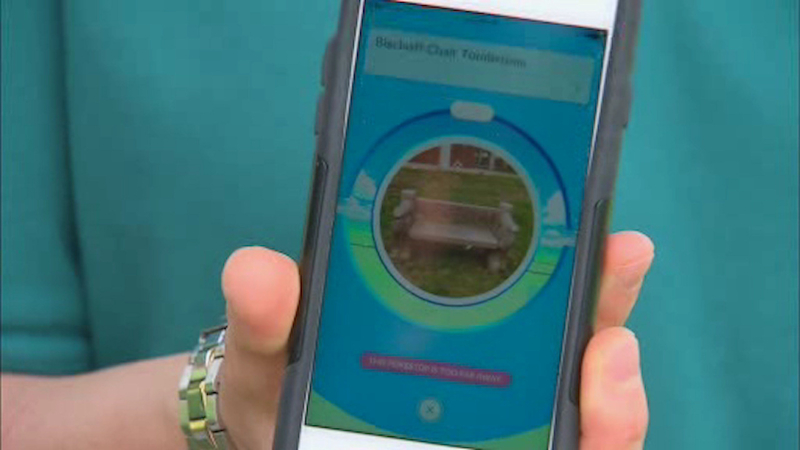 The cemetery is asking players to stop disrespecting the sacred site.

People of all ages are using the app as their guide. In some cases they are following it onto private property.

The board of a cemetery says trespassing is not a game and moving forward they will prosecute.

Pokemon Go doesn't mean you have the right to go anywhere.

"We take a lot of pride in our cemetery and we don't want anyone getting hurt," said Tina Cerami, the office manager.

The office manager at Moravian Cemetery on Staten Island says the game is bringing uninvited visitors.

"When you open this app and you see a number of spots here at this cemetery, what goes through your head?" Eyewitness News asked.

"Well it's a little disturbing. There are people resting in these spots," Cerami said.

She says around 9:30 p.m. on Monday, a group of kids made their way into the cemetery.

The game directed them there. The wildly popular app pin points a spot in the cemetery.

In the real world it's a place of morning and reflection, but even so onto private property they went.

"The security guard noticed lights in the cemetery and she opened the gates, went in, and there was a group of kids," Cerami said.

They made a run for it. The following night there was another group and the players got a stern talking to.

During daylight hours this week, mourners reported a most uncomfortable situation.

"People were walking around, as they were grieving as they were mourning, in packs of three and four with this game," said New York State Assemblyman Ronald Castorina, R-Staten Island.

"I have called upon the corporation that outs out the game to do a few things to help protect us, and one of those things that I'd like them to do is to remove off their maps cemeteries, houses of worship, and public property so that we don't have issues of trespass and desecration," Assemblyman Castorina said.

Even the most serious players tell Eyewitness News, there's a time and place.

"I heard about people in the cemetery and I was like no!" said Justin Rexach, a Pokemon Go player.