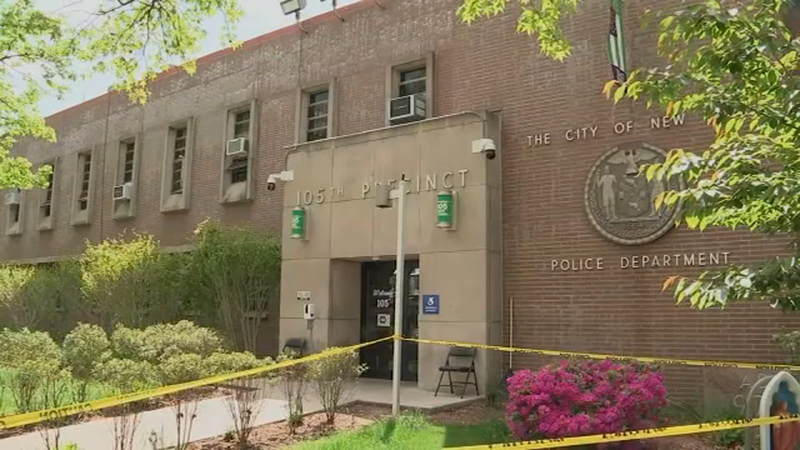 They were arrested by federal agents and will appear in federal court in Downtown Brooklyn Tuesday afternoon.

Federal authorities arrested them for impropriety involving the NYPD's tow pound, favoring some tow companies over others.

"As alleged, the defendants shamelessly violated their oaths of office and the public trust by trading their badges for cash payments," stated Acting United States Attorney Lesko. "This Office will vigorously pursue corrupt public servants like these defendants, who exploited their positions as police officers for personal gain." Mr. Lesko expressed his grateful appreciation to Internal Revenue Service-Criminal Investigation for their assistance with the case.

A nine-count indictment was unsealed charging Heather Busch, Robert Hassett, and Robert Smith with five counts of using interstate facilities to commit bribery and two counts of conspiracy to violate the Travel Act. Smith is also charged with attempting to transport at least one kilogram of heroin and possessing a firearm during the commission of that crime. During the relevant period, Smith, Busch, and Hassett were New York City Police Department ("NYPD") police officers assigned to the 105th Precinct in Queens. Smith retired from the NYPD in March 2020.

Authorized tow companies are picked in order, using a computer system, for fairness.

The retired officer, Smith, was also allegedly caught telling an undercover officer he could provide security for a drug network. The undercover then paid the retired officer $1,200 to deliver what he thought was cocaine.
The officers were assigned to the 105th Precinct in Queens.

"Behavior like the type alleged today is a disgrace. It erodes public trust in law enforcement and tarnishes the reputations of the many thousands of officers who honorably serve our communities on a daily basis. The FBI and NYPD stand together on this - Our shared oath is to uphold the law and protect the public. Nobody is above the law, and we will not tolerate
illegal behavior, especially among the ranks of sworn law enforcement officers," stated FBI Assistant Director-in-Charge Sweeney.

"There is zero tolerance in the NYPD for corruption of any kind. Wherever it is alleged, our NYPD investigators, with our partners in the Federal Bureau of Investigation and the United States Attorney's Office in the Eastern District of New York, work tirelessly to ensure it is punished to the fullest extent of the law," stated NYPD Commissioner Shea.

Smith pleaded not guilty Tuesday afternoon and will be held pending a bail application expected to be filed by his attorney on Friday.

All three were suspended 30 days without pay by the NYPD.

Law enforcement officials helped capture a loose zebra in middle Tennessee after it escaped from an exotic livestock auction.