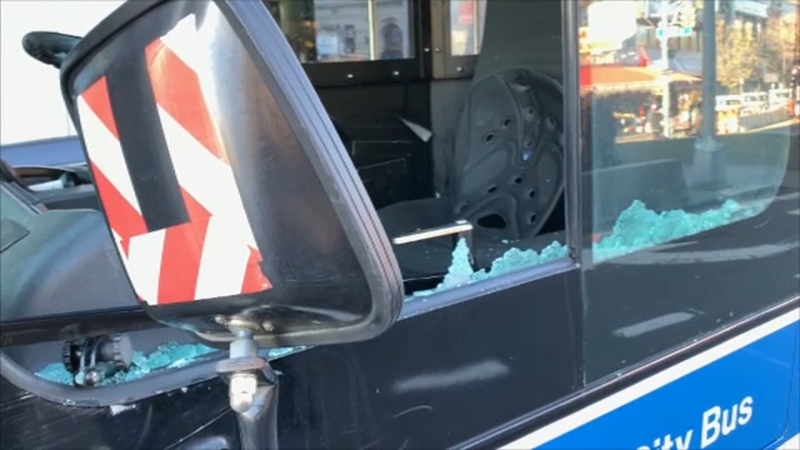 HARLEM, Manhattan (WABC) -- Three MTA workers are waking up Saturday morning with injuries after they were assaulted on the job.

Police are investigating two attacks against MTA workers in Harlem on Friday.

In one attack, a glass bottle was thrown at a bus driver, and in another, a subway conductor was punched in the face.

Investigators say a man driving a black Ford got out of his vehicle on 136th and Broadway, and then hurled a glass bottle at the driver's side window of the bus, shattering the glass, and sped off.

Police say there was something prior to this -- in fact, it was a result of road rage.

Less than two hours earlier, about a dozen blocks away at the 125th St. Station at St. Nicholas Avenue, a train conductor was struck in the face.

Just before 1 p.m., a train conductor was pulling into the station, looking out the window when he was punched. The 31-year-old was left with a swollen face. Police are still looking for a suspect.

"These attacks are disgusting and those responsible need to be caught and prosecuted. We want to see them in handcuffs and the courtroom."

"The pattern of unprovoked attacks on Transit workers is reprehensible to the MTA, our employees and all concerned New Yorkers. We are fully cooperating with NYPD investigators and expect the perpetrators, when arrested, to be subjected to maximum prosecution and sentencing."