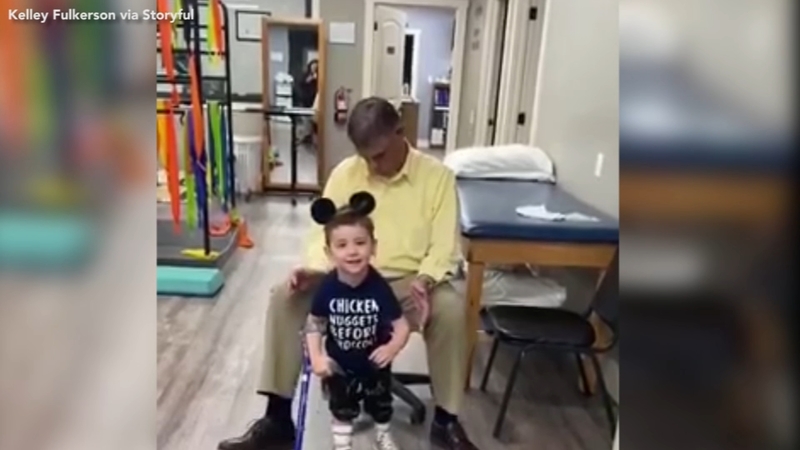 LEITCHFIELD, Kentucky -- Oliver, a three-year-old boy with cerebral palsy, practiced walking with a crutch during his physical therapy session in Leitchfield, Kentucky, on January 15.

Oliver's mother, Kelley Fulkerson, told Storyful Oliver was born at 30 weeks and weighed just over three and a half pounds. A week after he was born, Oliver suffered a brain hemorrhage.

"For the first year Oliver was just slightly delayed with motor skills," Fulkerson said. "Finally when he was 23 months he was diagnosed with left-side hemiplegia cerebral palsy. We started Botox injections and physical therapy and Oliver has progressed so much and continues to prove everyone wrong with everything he has accomplished."

Video filmed by Fulkerson shows the mouse-ear-wearing boy smiling and counting out his steps as his physical therapist guides him.