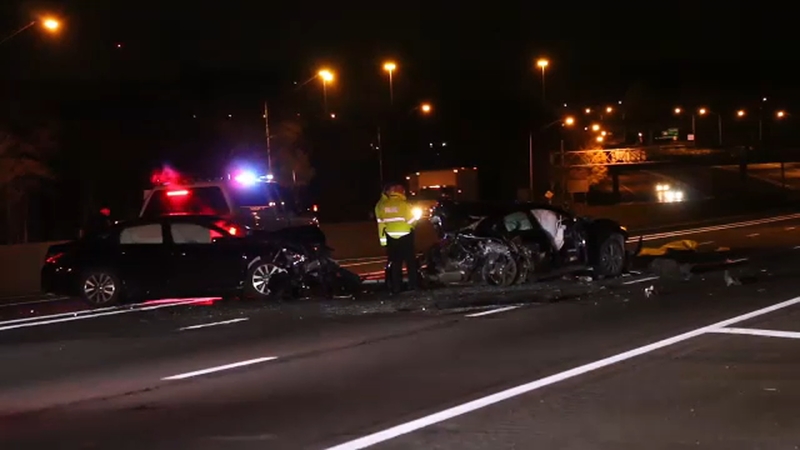 MELVILLE, Long Island (WABC) -- A 31-year-old father was killed after he was struck by a car on the Long Island Expressway.

It happened Saturday around 12:30 a.m. in the eastbound lane near exit 49 in Melville.

Police said Eric Preto, of Selden, was driving eastbound when his car rear-ended the car in front of him. Preto left his car to inspect the damage and speak to the other driver, while Preto's passengers, his pregnant wife and two-year-old son, stayed inside the car.

As Preto was walking back to his car, Preto was struck by a Subaru, and then another vehicle struck Preto's car.

Preto was pronounced dead at the scene.

Preto's wife and son along with the driver who struck him were taken to the hospital for evaluation.

Social media posts show the Preto family had been at a wedding in Jersey City, the Associated Press reported.

Police continue to investigate the cause of the crash. Three of the vehicles were heavily damaged. Part of the highway was closed for about six hours as police investigated.

Detectives are asking anyone who may have witnessed the crash to contact the Second Squad at 631-854-8252. 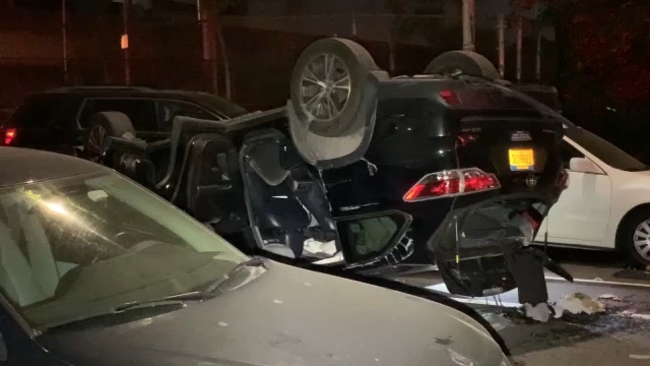