46 ice cream trucks seized in Queens for allegedly dodging over $4.5 million in fines 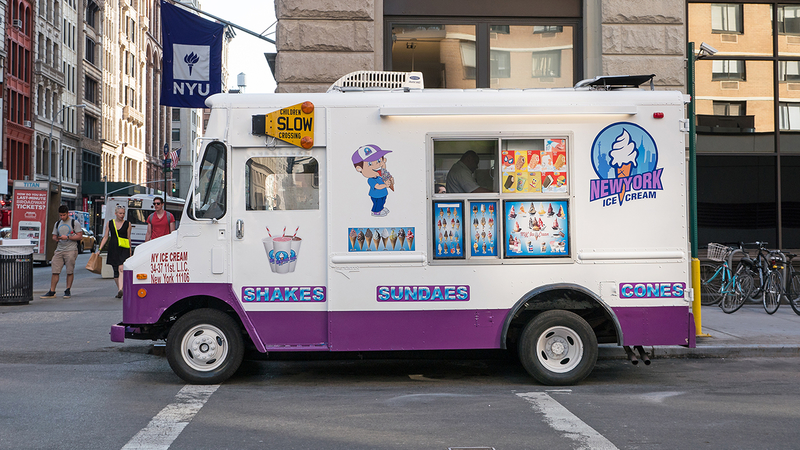 46 ice cream trucks seized in Queens for allegedly dodging over $4.5 million in fines

The 46 trucks, apparently operated by New York Ice Cream, were towed from 34-31 11th Street and at the corner of Vernon Boulevard and Broadway in Long Island City Wednesday.

The operators targeted by "operation meltdown" allegedly violated thousands of traffic safety laws, and instead of paying fines, created dozens of "shell" companies to avoid enforcement efforts, according to a press release from Mayor Bill de Blasio's office.

This means that when it came time to seize the vehicles for nonpayment, the owners allegedly dissolved the business and re-registered the vehicles under the names of newly formed companies.

The city was unable to keep up with the trucks or the owners, and the drivers were free to continue their apparent reckless driving with impunity.

Between 2009 and 2017, the ice cream vendors accrued approximately 22,000 violations, including running red lights, parking near fire hydrants, and blocking pedestrian crosswalks, according to the city complaint.

The 46 vehicles seized each owe at least $10,000 in tickets, but the city's Sheriff's Office said at least 90 vehicles have unpaid summonses.

City officials said this is especially concerning considering this business is catered to children.

The trucks are owned by Dimitrios Tsirkos, a Queens resident and founder of New York Ice Cream. This company has a well-documented turf war with the New Jersey-based Mister Softee, with block to block battles sometimes escalating to court.

The prosecution is currently civil, but the investigation could lead to criminal charges.