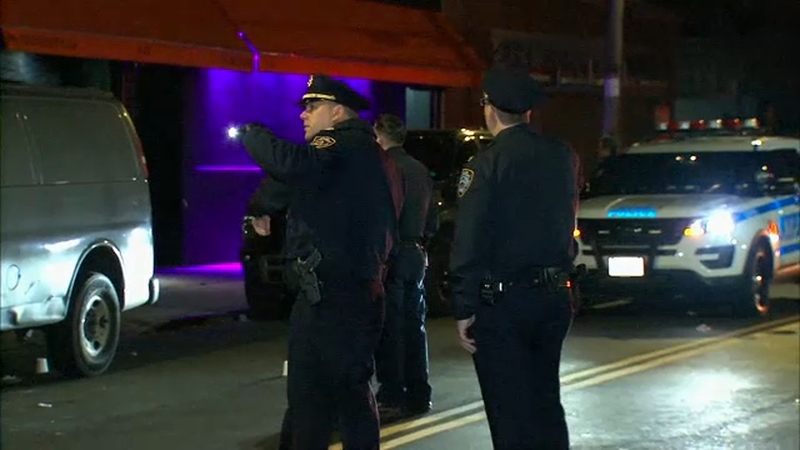 RICHMOND HILL, Queens (WABC) -- Five people were shot outside of a nightclub in Queens, and police are searching for the gunman.

It happened outside of The Rose Lounge on 130th Street in Richmond Hill at approximately 3:45 a.m. Saturday.

Before the shooting, a group of people got into a dispute inside the club, and it spilled outside.

Police believe only one person opened fire on the crowd. Four women and one man were shot in the legs and lower extremities.

The victims were taken to area hospitals with non-life-threatening injuries.

Jason Jackson, who lives near the club, said gunfire woke him up.

"They're coming, going to the club at two in the morning, and it's like, disturbing the neighborhood," Jackson said. "But they don't understand that, and then, you know, I guess emotions arise and whatever goes on, which is like, you can't even go out and have a good time nowadays."

The Rose Lounge has been an apparently troubled spot in the neighborhood for quite some time.

The investigation continues into later Saturday morning, and police continue to search for the gunman. Patch.com reported that the nightclub had its licenses suspended after two men were shot outside of the club in April.