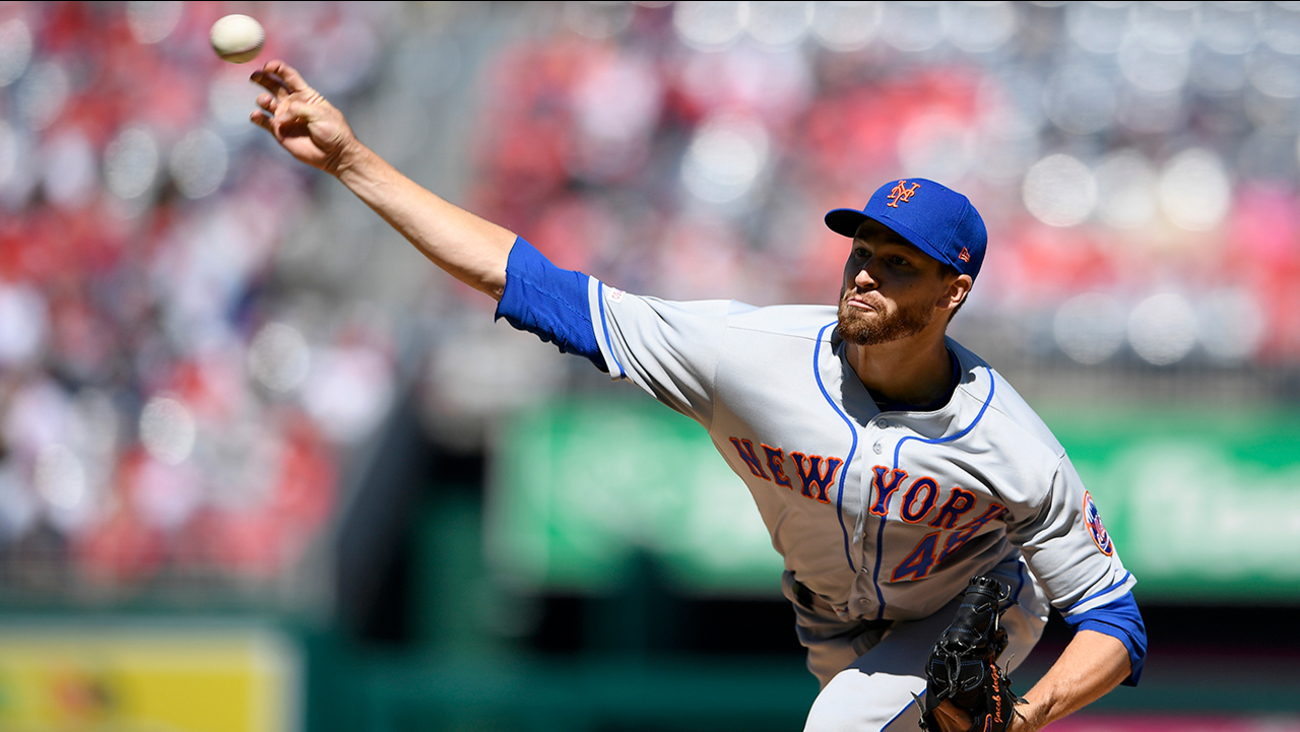 AP
WASHINGTON, D.C. -- Robinson Cano homered in his debut at-bat for the Mets then added a late RBI single, Jacob deGrom outpitched Max Scherzer as each struck out at least 10 in a sterling matchup between the winners of the past three NL Cy Young Awards, and New York edged the Bryce Harper-less Washington Nationals 2-0 in the opener for both teams Thursday.

A day after signing a $137.5 million, five-year contract, deGrom (1-0) compiled 10 strikeouts with one walk and five hits in six innings, setting a major league record with his 30th consecutive start allowing three runs or fewer. The lanky righty topped runner-up Scherzer in Cy Young voting last season - and got the better of him in the win and run columns on this day.

Scherzer and deGrom are only the second pair of starters in an opening day game to both get to double figures in strikeouts. The other such situation came nearly a half-century ago, when Dave McNally of the Orioles and Sam McDowell of the Indians did it on April 7, 1970.

Cano, an eight-time All-Star acquired in a December trade with Seattle, drove a changeup to left-center on Scherzer's 13th pitch of the season. The second baseman became the first Mets player to go deep in his initial at-bat with the club since Mike Jacobs in 2005, and the 10th overall.

In the eighth, Scherzer walked a man who scored on Cano's single off reliever Matt Grace. Nationals manager Dave Martinez went with Grace instead of Tony Sipp, the left-hander signed late in spring training precisely for late-game lefty batters such as Cano.

These NL East rivals made plenty of offseason changes after both missed the playoffs under rookie skippers in 2018.

The Mets got bigger contributions in front of a sellout crowd of 42,263 on a sunny afternoon with temperature at 56 degrees for the start. There was Cano, of course, and closer Edwin Diaz, who came from Seattle in the same trade and pitched a 1-2-3 ninth for the save. Diaz led the majors with 57 saves last year.

Pete Alonso started at first base for the Mets in his major league debut and singled.

The Nats, meanwhile, began life without Harper, who signed a $330 million contract with the Philadelphia Phillies.

Nationals: INF-OF Howie Kendrick (strained left hamstring) and OF Michael A. Taylor (strained right knee, hip) opened the season on the injured list and stayed in Florida to rehab. "I don't want to put any timeline on them," GM Mike Rizzo said. "We don't see either of those injuries as catastrophic or real long-term injuries. We're going to have them go at their own pace."

Mets: After Friday's day off, RHP Noah Syndergaard will pitch Game 2 on Saturday. He is 0-3 with a 5.79 ERA in five starts at Washington.

Nationals: RHP Stephen Strasburg is 8-5 with a 2.83 ERA in 17 starts against the Mets, his fewest against a division opponent.