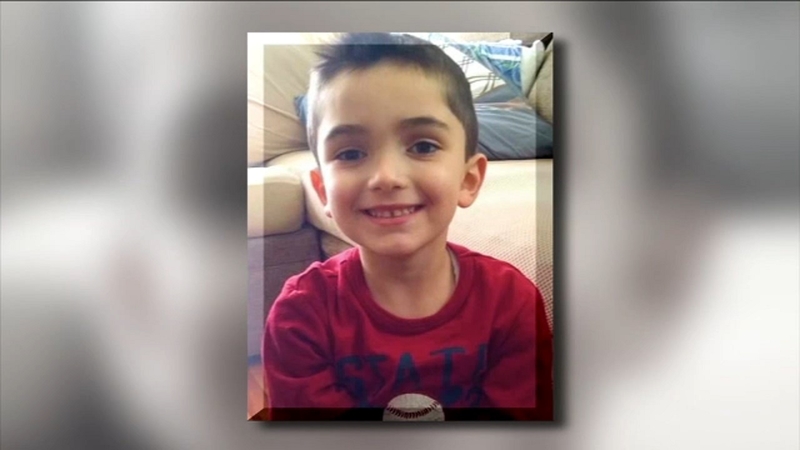 MELVILLE, Long Island (WABC) -- Documents obtained exclusively by Eyewitness News paint a painful picture of the last few years of the life of Thomas Valva, the 8-year-old from Long Island who was left in a freezing garage allegedly by his father and his father's girlfriend. Thomas died of hypothermia.

It is common in New York State custody cases for judges to request that both parties undergo an evaluation by a forensic psychologist.

The records, obtained exclusively by Eyewitness News reporter Kristin Thorne, show that on December 15, 2016, Michael Valva had his first interview with the court-appointed psychologist. They show Zubko-Valva refused to conduct any interviews with the psychologist unless she was able to videotape the proceedings. The psychologist refused due to the sensitive nature of the testing materials.

"He did not allow the evaluation to be video recorded," Zubko-Valva said. "At the time, children were enormously brainwashing, children were taught hatred towards me."

The standstill was referenced in a hearing on September 6, 2017, the day Zubko-Valva ended up losing full custody of her three sons.

Nassau County Judge Hope Schwartz Zimmerman told Zubko-Valva, who has insisted on representing herself that it was imperative she undergo the evaluation saying, "It's more important if I'm going to make the decisions about these children."

Zimmerman then tells the court, "There's certain things that have to be done in terms of preparing this case for trial and getting the children organized and until that happens I can't have the trial. So I'm awarding temporary, temporary custody of the children to the father."

The judge then told Valva he had to enroll the children in school and have them evaluated saying, "You have a big job to do, sir, and you need to do it forthwith."

Valva responds, "I will, your Honor. Thank you."

For the next year, Zubko-Valva was seeing her children on a visitation schedule until a neglect case was brought against her in January 2018 in Suffolk County.

Two months later - even before the neglect case went to trial - a judge in Suffolk County signed an order allowing her unsupervised visitation with her children, but to refrain from corporal punishment. A higher court judge in Nassau County, however, put the decision about visitation on hold until a decision was made in the neglect case.

The neglect case against Zubko-Valva was ultimately dismissed last April. That month Nassau County Judge Joseph Lorintz offered Zubko-Valva the opportunity to see her children, but Zubko-Valva said she would only do it if the children were removed from Valva's Center Moriches home. Lorintz denied the request.

Three months later in July 2019, Judge Lorintz told Zubko-Valva she could see her children, but only if the visits were supervised saying, "I'm not going to allow you to see your children after a year and a half without some form of supervision in place. My hope, my hope, would be to get reports back from whoever is supervising that it's going well and we don't need supervision."

Zubko-Valva refused, saying she would only see her children unsupervised. The judge wouldn't relent.

The issue was brought up again in September, only four months before Thomas's death. Transcripts obtained exclusively by Eyewitness News show Judge Lorintz told Zubko-Valva again he would let her see her children with supervision for the first few visits at least.

"You want to see your children, let's set it up so you can at least see them," he told Zubko-Valva. "You have to learn to walk before you run. You haven't seen your children since January 14, 2018. It may only be a few times, but I need for them to be reintroduced to you."

The transcripts show that Judge Lorintz asks Zubko-Valva four times if she wants to see her children. She doesn't answer the question.