7 On Your Side: HomeAdvisor recommended unlicensed contractor to Long Island family 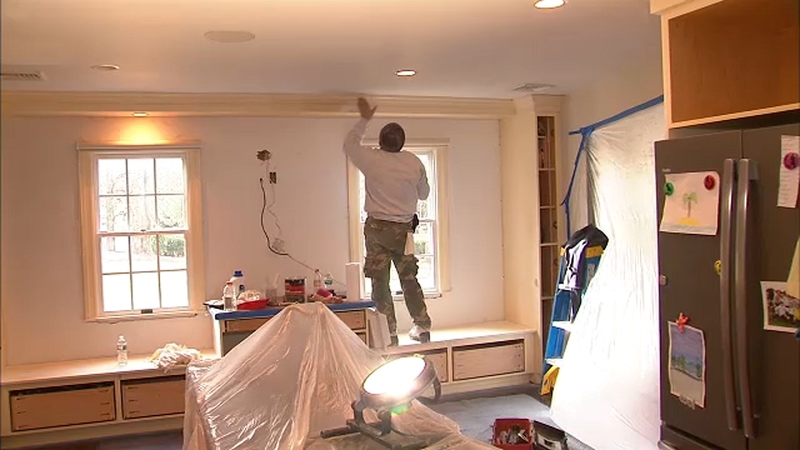 7 on your Side: HomeAdvisor recommended unlicensed contractor to Long Island family

The site recommends contractors that it screens and approves for proper licensing, but a couple working on their first home says HomeAdvisor's recommendation led them to a contractor with a checkered past and a string of consumer violations.

James and Katie Chou's family hasn't chowed down at their outdoor kitchen or sat around the fire pit they paid for last summer.

"It's very upsetting - we had huge plans for all this," said James.

The project was supposed to be done in time for their firstborn, Grayson's, baptism in August. However, they say the contractor, hired only after the couple carefully researched companies on HomeAdvisor.com, took their $6,000, barely started the job and then bolted town.

"(The) reviews were immaculate," said James, "they were perfect."

HomeAdvisor.com awarded Empire City Outdoor Living four and half stars, an almost perfect 'top rating.' Plus, it bestowed the company with numerous stamps of approval saying it was "screened and approved" and a "Best of 2018 winner."

"We felt confident that this contractor and this company had everything that were needed," said Katie.

After their renovation rip-off, the couple learned the truth that the contractor was not licensed to do any work in Nassau County.

7 On Your Side found that Empire City never had a home improvement license in Nassau County, getting turned down by the county two years ago.

"There are four separate complaints being investigated for this company," said the Commissioner of Consumer Affairs for Nassau County, Gregory May.

When 7 On Your Side asked the commissioner what he thinks about HomeAdvisor.com recommending unlicensed contractors in Nassau County, he said, "obviously, we have a problem with it, I would not rely on HomeAdvisor or Angie's List, alone."

Buried in the fine print, HomeAdvisor.com actually lets users know it "does not endorse or recommend the services of any particular Service Professional."

"You're offering a service to take the guess work out of hiring," said James. "What's the point of using your site? You might as well just go off Google."

7 On Your Side then went looking for their money.

Within a week, 7 On Your Side tracked down the contractor in another state, who paid them back a total of $6,175.

"We owe everything to you guys for all your hard work," said James. "We definitely would not have our money back."

The owner of Empire City Outdoor Living apologized to the Chous, saying their business is bankrupt.

A HomeAdvisor.com rep stated once a red flag is raised on licensing, it takes appropriate action. That's why it took Empire City off its site.

Now, Nassau County's Consumer Affairs told Eyewitness News it is taking things one step further, asking the website to make some serious changes. The commissioner says it will be addressing the issue of HomeAdvisor.com recommending unlicensed contractors in Nassau.

"As part of our screening process, HomeAdvisor confirms state level licensing and requires pros to represent that they have any required trade licenses, including local trade licenses. If a red flag is raised concerning licensure, we commence an audit and will take appropriate action if needed."