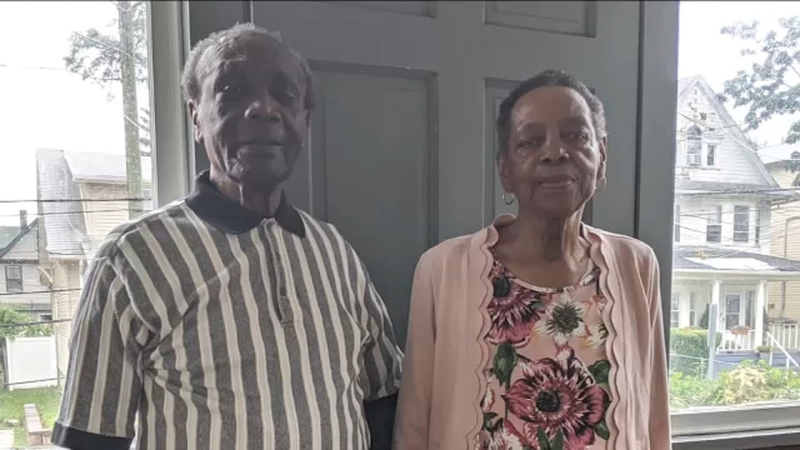 NEWARK, New Jersey (WABC) -- During a storm on July 3, a family in New Jersey with elderly parents had power line damage.

In the middle of quarantine, the Newark family had no fans, no refrigerator, and no air conditioning. As temperatures reached toward triple digits outside, their house became unbearable and downright dangerous for their parents - ages 88 and 95.

"At first we thought it was a lightning strike because of the sound. I was running around trying to close the windows, then I heard a really big boom," said Marcia Retemiah.

The sound Retemiah heard the night of Friday, July 3 during that ravaging storm was a branch ripping a PVC pipe containing their electric wires off her house in Newark. Then, everything went dark.

"Our power lines were in the street, so everyone came out," Retemiah said.

Within hours, the power got restored. The next day, 4th of July, she scrambled getting an electrician out to repair the power line from the pole to her house. There was no power until PSE&G came out and turned it back on.

"I would understand they can't come out on July 4th. It was worrying, but I understood," said Retemiah.

Retemiah had two big concerns - her 88-year-old mom and 95-year-old dad quarantined inside her hotbox of a house. The seniors are afraid to leave home because of the pandemic.

"I called and advised them (PSE&G) there are two elderly people in the house - they said 'go somewhere else.' That is not financially possible," added Retemiah.

Monday, when the heat index soared near triple digits, There were no fans running, no air conditioner, no lights, and no stove. Plus, Retemiah is working from home, which means no internet, no computer, and no way to charger her phone. She had to throw out all the food stored for the pandemic in the freezer.

Within an hour of 7 on your Side's calls to the utility, Retemiah got a response.

"Trucks rolled up - it took them about ten minutes to reconnect those lines," she said.

Power was eventually restored, the fans were fanning, and the stove was back on and ready for mom's rice and peas.

PSE&G thanked 7 on your Side for bringing the matter to its attention. The utility also advised customers to ask for a customer service supervisor if there is an emergency issue not being addressed.