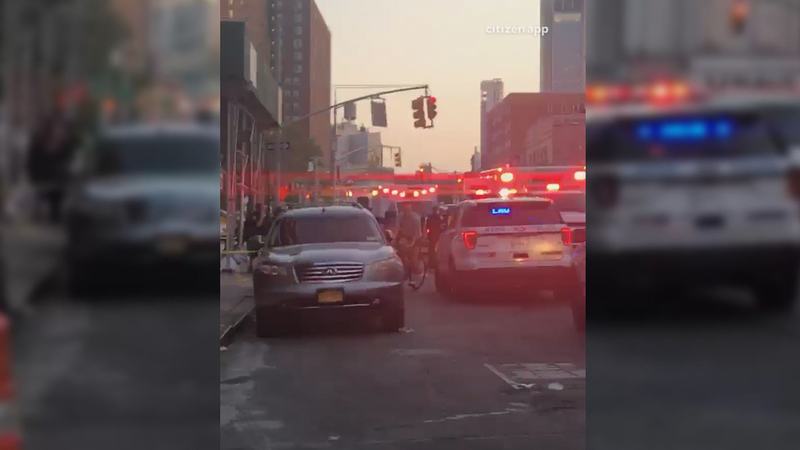 TRIBECA, Manhattan (WABC) -- A man is accused of stabbing another straphanger on a New York City subway train after a dispute over a seat -- then stabbing a good Samaritan who tried to intervene during a police chase.

It happened around 7:20 p.m. on Tuesday on a southbound A train approaching the Canal Street station in Tribeca.

Police said the 55-year-old victim got into a dispute with a 40-year-old man over a seat. That's when the 40-year-old, identified as Ronald Cundiff of the Bronx, stabbed the victim in the torso aboard the train.

The victim called 911, and as he was being treated by emergency responders, he saw his alleged attacker.

Police chased Cundiff, who ran to 75 Bowery Street. Police said a 21-year-old good Samaritan, 21-year-old Nicholas Cai, tried to stop him and was stabbed in the shoulder.

"Well I don't know if it was worth getting cut," Cai said.

Yet Cai, who needed three stitches after the stabbing, said his instincts kicked in.

"They ran down the other side of the sidewalk and then they looped around crossing the street," said Cai. "And that's when I turned around and the guy was charging at me. I just figured I'd try and stop him."

Cai said the suspect practically ran into him, but he had no idea he had a knife.

Cundiff was arrested and taken into custody. He was charged with two counts of assault, two counts of criminal possession of a weapon, resisting arrest, and reckless endangerment.