Nearly a dozen arrested during 'Abolish ICE' rallies in Manhattan 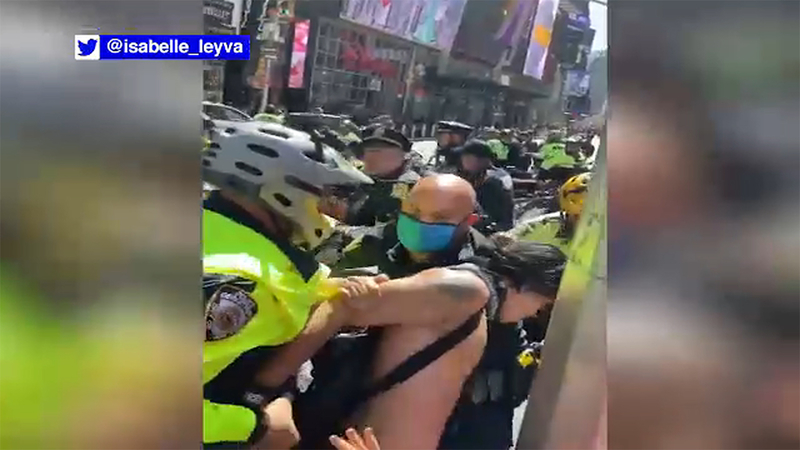 Police say numerous arrests were made after some protesters blocked traffic.

The arrests made near 1 Polize Plaza were protesters who had gathered to wait for protesters that had been arrested in Times Square, and were being processed there.

A majority of the arrests were for disorderly conduct.

The protesters called for the abolishment of ICE.

Earlier in the week, protesters rallied outside 26 Federal Plaza in Lower Manhattan, where property in and around the building was vandalized.

NYPD says dozens of protesters rallied outside and inside of 26 Federal Plaza just before 6 p.m., calling for ICE to abolished.