Wife dead, husband critically injured after being struck by SUV in Brooklyn 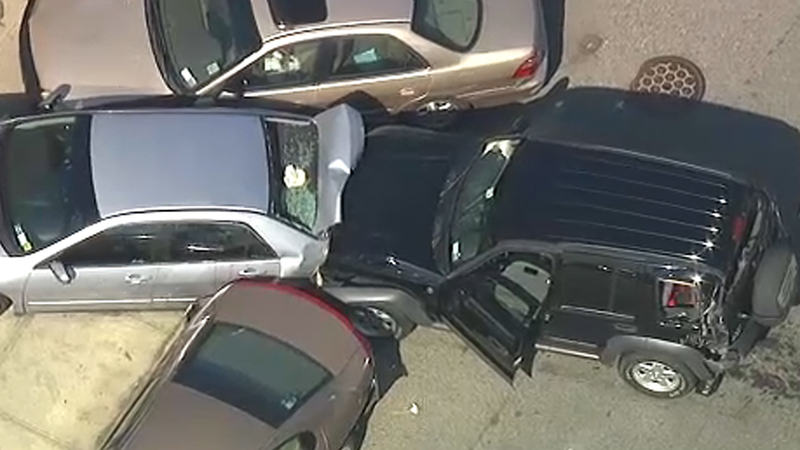 GERRITSEN BEACH, Brookyn (WABC) -- An 85-year-old woman was killed and her 90-year-old husband was critically injured when they were struck by an SUV at a car wash in Brooklyn on Tuesday.

The accident happened just before 3 p.m. at Avenue U and Gerritsen Avenue in Gerritsen Beach.

According to police, the two victims were evaluating damage to the rear of their silver Honda Accord, which had just been rear-ended by a black Jeep Liberty that was leaving the car wash.

A 61-year-old male worker entered the Jeep, reversed the vehicle and struck the building. He then accelerated forward instead of putting the vehicle in park and struck the two pedestrians standing behind their Honda Accord, police said.

Witnesses said the woman got caught under the car and the driver backed up and hit her a total of three times.

The woman, later identified as Joan Tornabene, was pronounced dead at the scene. Her husband was taken to Lutheran Medical Center in critical condition.

The owner of the SUV was standing there and waiting for his car and saw it all. He said he couldn't believe what he was seeing.

"My car bumped the other car and started rolling," said the owner who did not want to be identified. "The worker tried to jump in it, got nervous I guess, hit the gas and ran over the people continuously."

The driver of the Jeep Liberty remained at the scene. Witnesses to the tragedy said they don't believe the car wash worker intended to hurt anyone, but lost control of the car and couldn't seem to recover.

"It wasn't intentional, it was someone who didn't know how to drive," said another witness who did not want to be identified.

There have been no arrests made, but the NYPD's Collision Investigation Squad is looking into the crash.