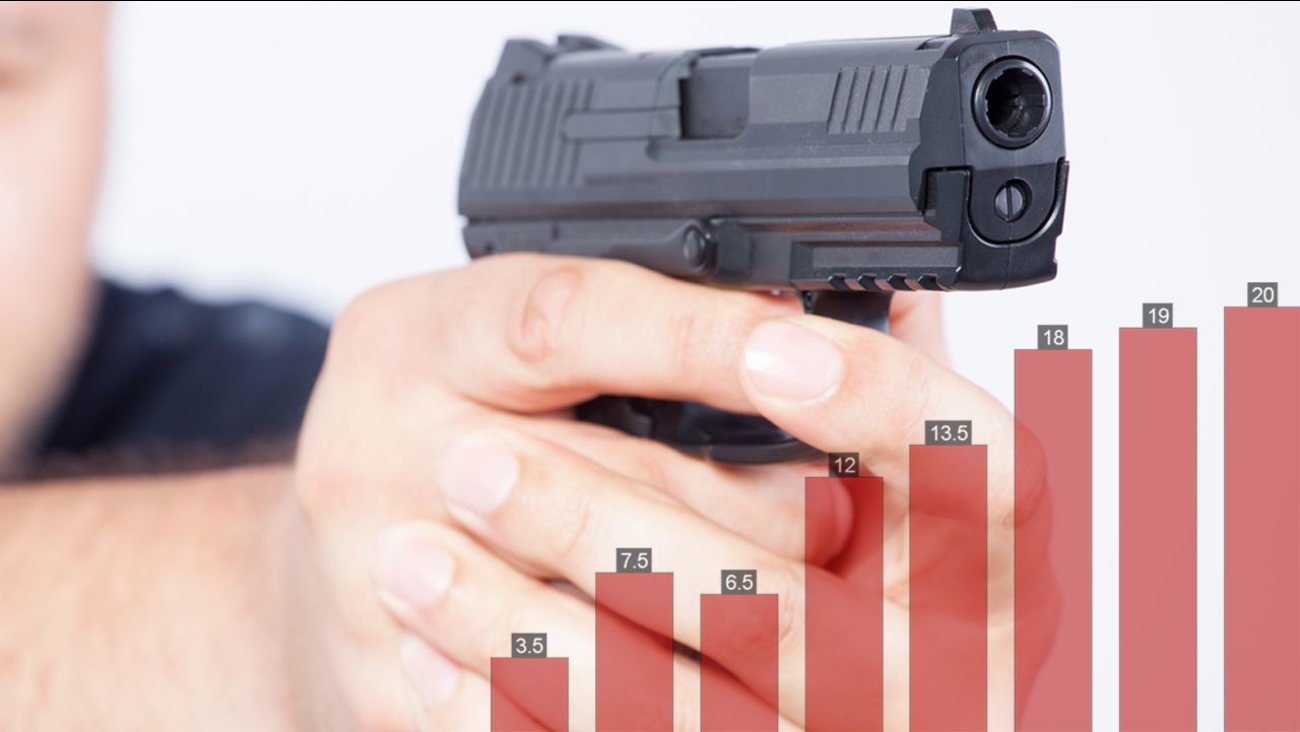 New data just released by the FBI show that active shooter incidents in the United States continue to rise, with last year and the year before having the highest average of incidents ever in a two-year period.

A previous FBI study of such shootings found that between 2000 and 2001, an average of 3.5 incidents occurred annually. Now - in years 2014 and 2015 - that number has multiplied nearly six times, to an average of 20 active shooter incidents each year (in a two-year period). See here how the average incidents in two-year periods have grown over the past 16 years:

Here are those same numbers in graph format: 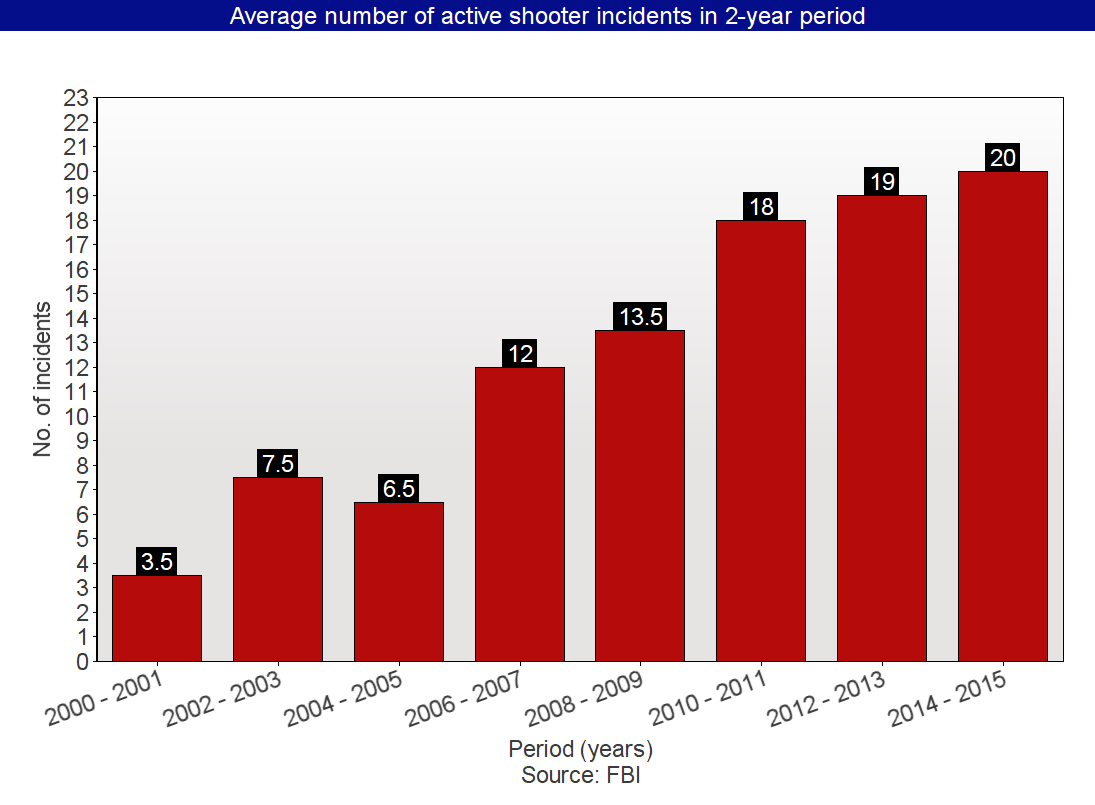 The FBI defines an active shooter incident as 'an individual actively engaged in killing or attempting to kill people in a confined and populated area.' Implicit in this definition is that the subject's criminal actions involve the use of firearms.