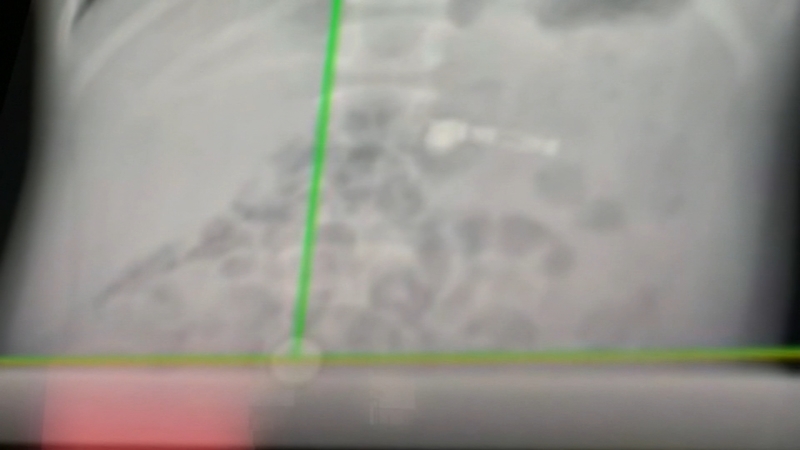 ATLANTA, Ga. -- A 7-year-old Georgia boy is learning a tough lesson after he swallowed one of his AirPod wireless headphones and was rushed to the emergency room.

"He said he was holding it in his mouth by the long part," Stroud said.

When Kiara Stroud bought her son some AirPods for Christmas, she never imagined one of the pods would end up in his stomach.

An x-ray photo shows the AirPod just below his rib cage, reported WSB-TV.

"We actually saw it because it has metal in it, so we could see it in the x-ray and I'm like this boy really swallowed his AirPod," she said.

The doctor who examined the 2nd grader at Children's Healthcare of Atlanta Egelston was confused about what an AirPod even was.

"She was like, 'an AirPod? Ya know, it's really unique. I never really heard of this,' and I'm like, 'yeah it's a wireless headset' and she was just amazed. I've never seen anything like it," Stroud described.

The big question that made Stroud's son extremely nervous was how the AirPod is going to come out, but his doctors assured him it would pass on its own and he's going to be fine.

As far as the phone it was connected to when he swallowed it, the young boy said he's keeping his distance.