VIDEO: Alligator jumps behind the wheel of SUV 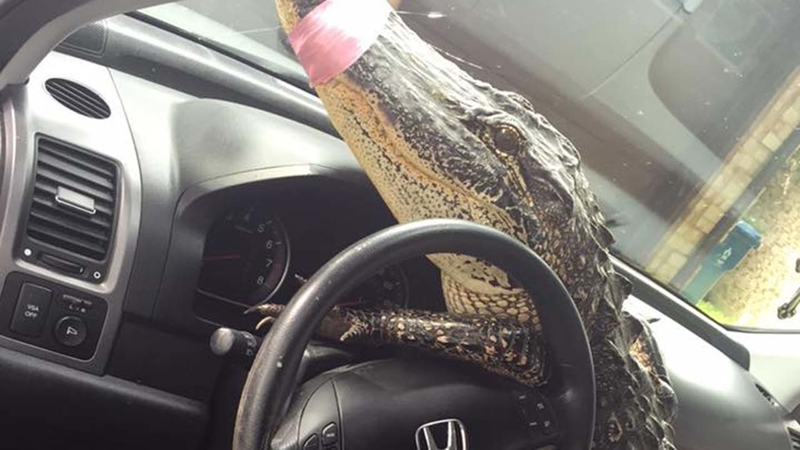 Gator climbs behind the wheel

HOUSTON -- An alligator rescued in the Houston area by the Gator Squad jumped in the front seat of an SUV, appearing ready to take the wheel.

The alligator rescuers, who were in the process of taking the gator to its new swamp home, stepped away and moments later, jammed between the steering wheel and windshield.

In the video, you can see the gator with his mouth taped shut hissing as a member of the Gator Squad guided him out of the SUV with her hands, saying, "Good gator!"

The seven-and-a-half feet-long reptile now named "Buster" is blind in his right eye and was rescued with bullet holes in his back. One of the Gator Squad members said he was likely shot in the eye with a BB gun.

Buster eventually made it to the swam and is now in his "forever home."

Watch a video of the alligator being pulled from the SUV in the player above.
Related topics:
houstonalligator
Copyright © 2021 KTRK-TV. All Rights Reserved.
More Videos
From CNN Newsource affiliates
TOP STORIES