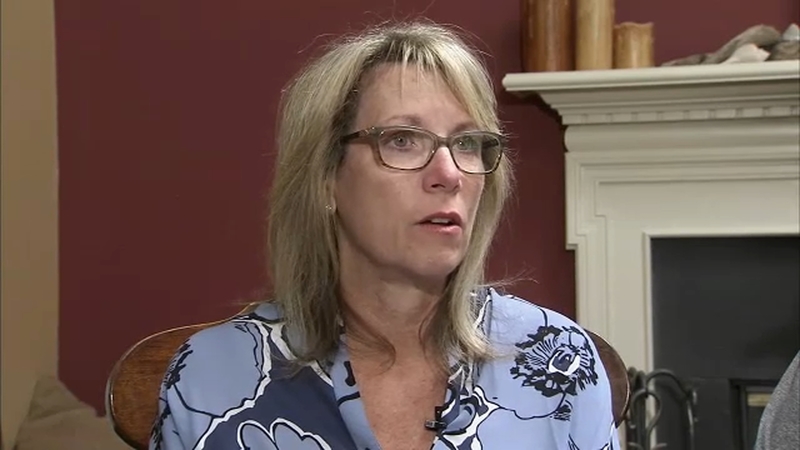 WILMINGTON, Delaware -- A Delaware woman allegedly attacked in the Dominican Republic has hired an international legal team, and is suing a resort for $3 million.

Four months after the January incident, Tammy Lawrence-Daley went public about a brutal attack she says happened at the Majestic Elegance Resort.

Lawrence-Daley says she went to get a snack at the bustling resort when she heard footsteps.

"He just plowed into my back and I remember the grunt he made when he hit me. It's in my nightmares," she says. "He at that point began choking me, strangling me."

She says the assailant then dragged her limp body into a dark maintenance crawl space inside the five-star resort.

"All I could think of is my husband is going to find me dead with my head bashed in," said Lawrence-Daley in an interview back in May.

Lawyers for Lawrence-Daley say she was so severely beaten that her friends and family didn't even recognize her after she was found eight hours later.

"Mrs.Lawrence-Daley was bloody, battered and covered with severe abrasions and bruises. Her face and eyes were so bloodied and swollen that she was unable to see. Mrs.Lawrence-Daley lost one of her teeth and required immediate surgery to suture her gum line back together," said lawyers in a statement.

But the hotel has casted doubt on her story, revealing last month Lawrence-Daley asked for a $2.2 million payout.

The Majestic Elegance Resort says when Lawrence-Daley was found in a restricted area of the property, she had not been robbed of her phone or purse and that the hotel paid for her hospital expenses, and even provided special meals for her.

But Lawrence-Daley's lawyers say the latest response from the hotel is "offensive to say the least."

According to a statement obtained by Action News, lawyers say the "resort staff did nothing" when the incident was initially reported.

"In fact, the lone security guard was lounging in a chair, playing on his cell phone. The resort refused to start a search for several hours," the statement read. "The resort's handling of this tragic incident has been a disaster. Had the resort responded immediately and had even basic security protocols been in place, the assault could have been completely avoided or at least been stopped sooner."

Lawyers also say that evidence was lost and destroyed.

"A rape kit was delayed by 48 hours and only administered after Mrs. Lawrence-Daley was showered and cleaned up. To date, no reports have been released to the Daley family or her attorneys," her attorneys said.

Lawrence-Daley is being represented by lawyers in South Carolina, Pennsylvania and in the Dominican Republic.

Lawyers say they are seeking $3 million for "for justice, accountability and compensation for Mrs. Lawrence-Daley's permanent, life-changing injuries."

"A large monetary judgment is a strong message to the Majestic Elegance Punta Cana Resort, and the resort industry as a whole, that it must do better to screen employees and to safeguard its invited guests from criminal activity. When the resorts are forced to realize that the cost of extra security is less than the cost of paying large judgments to criminally victimized guests, change will be swift and far reaching. We hope to send a strong message with a large judgment," said Attorney John Urban.
Report a correction or typo
Related topics:
attackdelaware newsdominican republictammy lawrence daley
Copyright © 2022 WABC-TV. All Rights Reserved.
TOP STORIES
LIVE: Officer injured in Harlem shooting transferring to NYU Langone
Man recovering after being shoved onto subway tracks
Teen shot in back of head among 3 injured in Brooklyn shooting
AccuWeather: Chilly with some sunshine
5 tax changes that can boost your refund this year
Family demands justice after 23-year-old woman found dead after date
Market drops 1,700 points, while inflation cancels out wage increases
Show More
Domestic incidents are highly dangerous for police officers: Experts
After the omicron wave, what's next for the COVID pandemic?
7th grader fentanyl overdose death sparks debate for Narcan in school
Fauci optimistic omicron will peak in February
Fat Joe holds fundraiser for Bronx fire victims
More TOP STORIES News