NTSB: Amtrak engineer was not using phone when train derailed 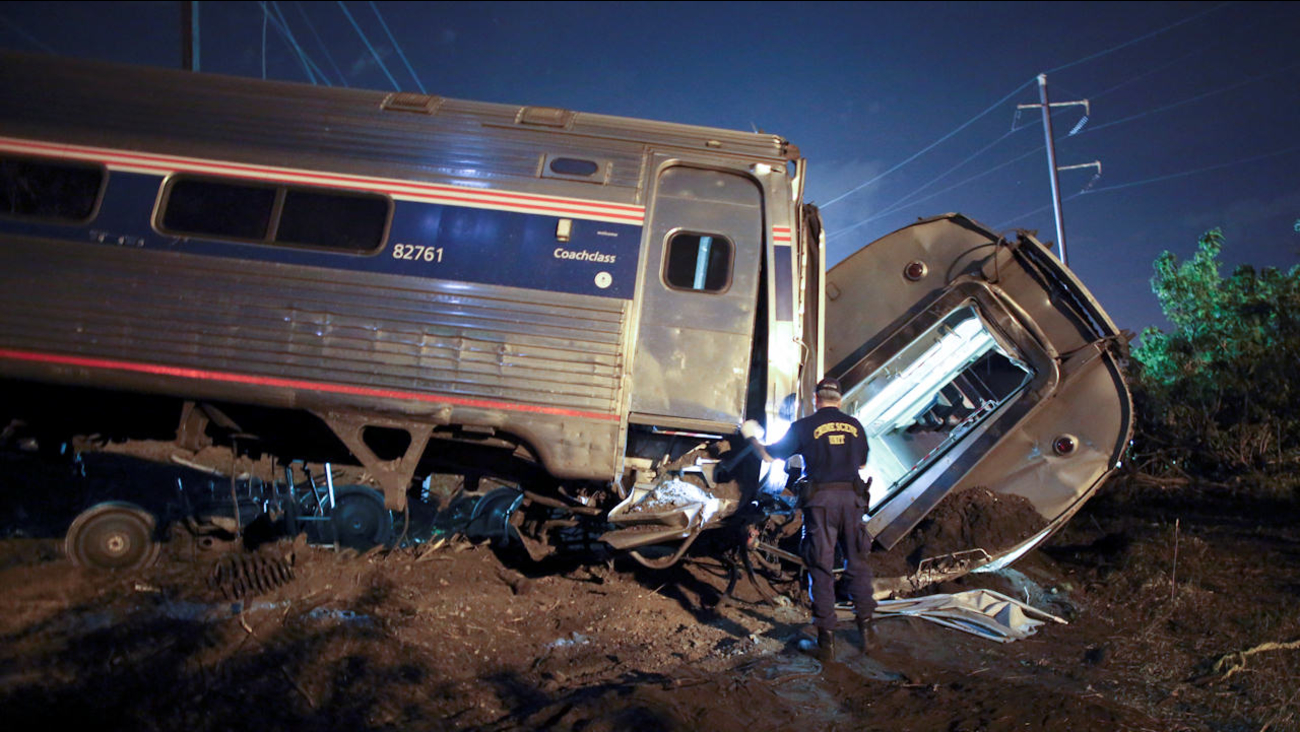 NEW YORK (WABC) -- The engineer of an Amtrak train that derailed in May was not using his phone at the time of the crash that killed eight.

According to the National Transportation Safety Board, its investigation does not indicate that any calls, texts, or data usage occurred during the time the engineer was operating the train.

Amtrak's records confirm that engineer Brandon Bostian did not access the train's Wi-Fi system while he was operating the train.

Investigators are combing through phone records, locomotive data, radio transmissions and surveillance video to determine if the engineer in last week's deadly Amtrak derailment was using his cellphone while at the controls, federal authorities said Wednesday.

The May 12 derailment killed eight people and injured more than 200. Investigators are looking into why the train from Washington to New York City was going double the 50 mph limit around a sharp curve.

Bostian's lawyer, Robert Goggin, has said his client kept his cellphone in a bag and used it only to call 911 afterward. Bostian, who was injured, told investigators he had no recollection of the crash, the NTSB said.