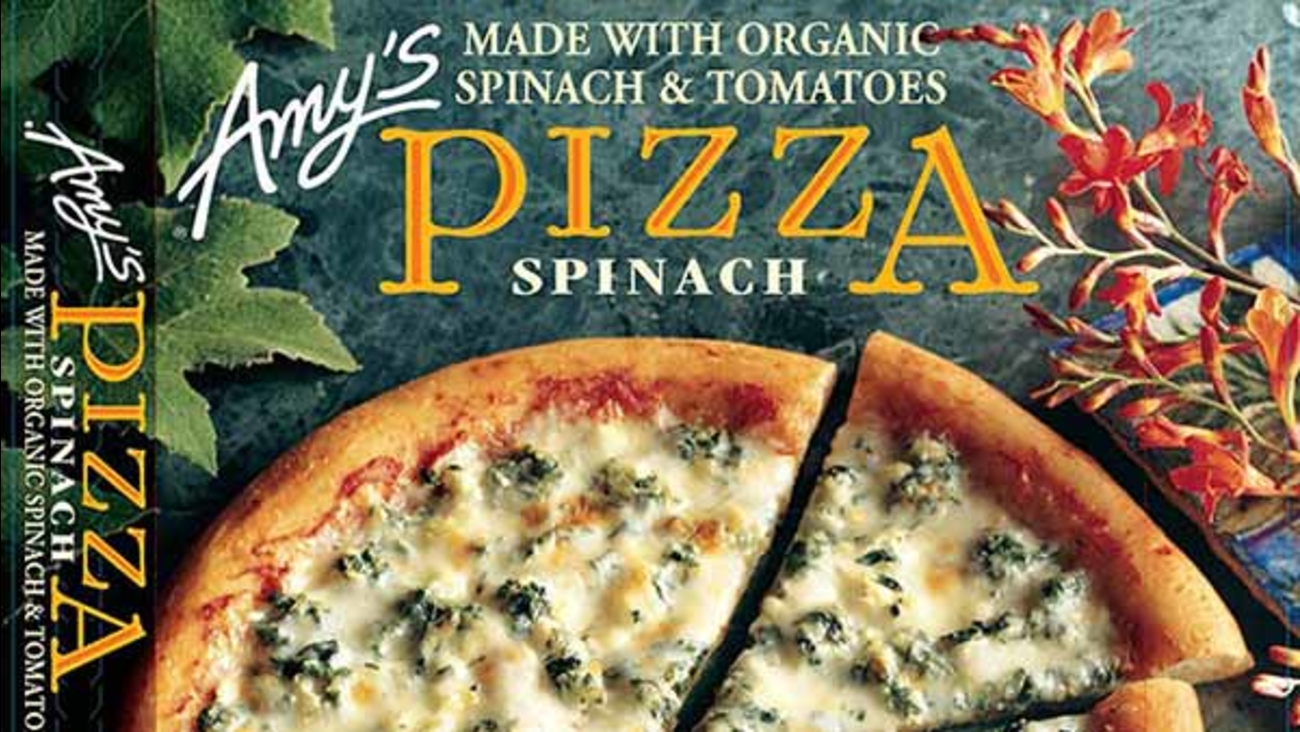 Amy's Kitchen's spinach pizza is among the products the company is recalled on March 23, 2015 because they may contain spinach contaminated with listeria.

PETALLUMA, Calif. -- Three organic food companies that use spinach in their food have recalled hundreds of thousands of items over listeria concerns.

It comes after one of Amy's suppliers issued a recall notice saying the Petaluma-based company may have received organic spinach possibly tainted with the bacteria that causes listeria.

U.S. Food and Drug Administration officials are aware of the recall.

The disease can cause serious and sometimes fatal infections in young children, frail or elderly people, and others with weakened immune systems.

Although healthy individuals may suffer only short-term symptoms such as high fever, severe headache, stiffness, nausea, abdominal pain and diarrhea, listeria infection can cause miscarriages and stillbirths among pregnant women

The company reports it has not had any complaints of illnesses from the products being recalled in the United States and Canada.

Rochester-based Wegmans Food Markets is recalling roughly 12,540 packages of Wegmans organic spinach due to possible contamination with listeria. The 12-ounce product was sold in the frozen food department of the company's 85 stores in New York, Pennsylvania, New Jersey, Virginia, Maryland, and Massachusetts between Jan. 27, and March 21. This product is supplied to Wegmans by Twin City Foods in Stanwood, Wash. A representative from that company was not immediately available for comment.

The Hayward, Calif.-based company did not say how many packages or cases of the ravioli were produced with the ingredient in question or how widespread their recall is.

Also Tuesday, federal authorities said Blue Bell is expanding the recall of some ice cream products to include 3-ounce cups of chocolate, strawberry and vanilla ice cream that have tab lids because of possible exposure to the listeria bacteria.

The Blue Bell creamery in Brenham, Texas, earlier this month recalled several other products made on the same production line after listeria was detected. Five people developed listeriosis in Kansas after eating Blue Bell products and the FDA says three of them died.