In 19 cities throughout the Tri-State, that analysis showed black people were at least 10 times more likely to be arrested by police
WABC
By John Kelly Black people 5x more likely to be arrested in Tri-State

NEW YORK (WABC) -- In the Tri-State region, black people were on average about five times more likely to be arrested than white people, according to an analysis of FBI arrest data provided by police departments for 2018.

In some cases, the disparities were exponentially higher.

In 19 cities throughout the Tri-State, that analysis showed black people were at least 10 times more likely to be arrested than white people despite representing a fraction of the population in those cities.

The ABC Owned Television Stations data team calculated the arrests in relation to the racial makeup of the specific cities and counties served by each department reporting arrest records to the FBI, calculating a rate of black arrests per 1,000 black residents and a similar rate for white residents.

The numbers support the concerns about racial disparities in policing expressed repeatedly during recent protests over the death of George Floyd and voiced by advocates of police reform for decades.

"We can focus on the system that enables them to target on our communities," said Tammie David, advocate with the group Campaign for an Elected Civilian Review Board, during a recent protest. "The time to reshape the system is now."

In New Jersey, our analysis found black people in 9 cities were at least 10 times more likely to be arrested than white people in 2018. 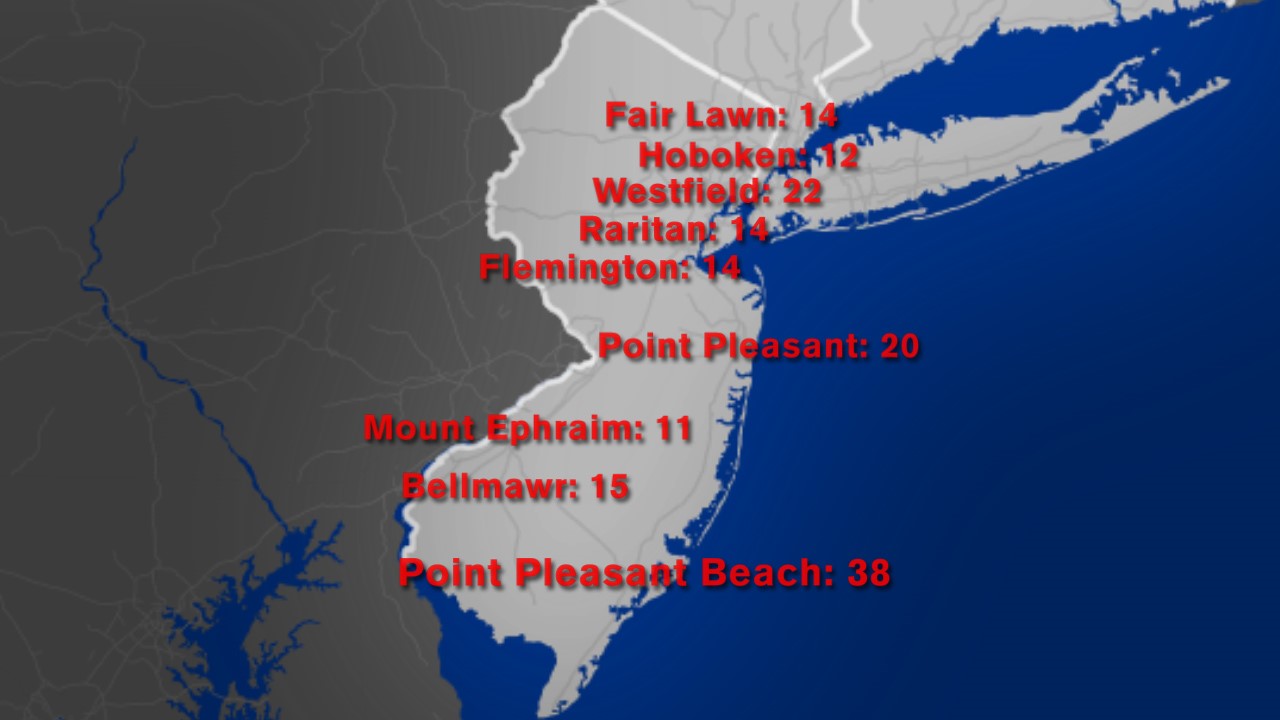 That included Point Pleasant Beach, where black people were about 38 times more likely to face arrest, placing the city among the top 50 in the country for departments reporting disparities.

We reached out to Mayor Paul Kanitra about our findings. He declined an interview and provided this statement:

"Your data is completely flawed. It is only applicable in places where you don't have to take into account a massively changing summertime population. While you're attempting to selectively use data from our year round population to make your statistics inflated for a race bating hit piece, you neglect to take into consideration that on a normal summer day, roughly one third of our guests in town are African American. If you factor that into the equation, the factual reality is that African Americans are actually less likely to get arrested than Caucasians in Point Pleasant Beach," Kanitra wrote.

The share of black residents in the small tourist town is 0.6%.

Point Pleasant Beach is located in Ocean County, where the share of black residents is not much higher at 3%.

In nearby Monmouth County, from which the town also draws visitors, the share of black residents is 6.9%

And, even if the county were attracting all of its visitors from across the entire state of New Jersey, the state is 13% black.

"People are angry and frustrated," said New Jersey Governor Phil Murphy during a recent press conference. "Who can blame them?"

Jerrel Harvey, the deputy press secretary for Gov. Murphy also provided a statement in response to the data we shared with their office.

"Governor Murphy has been clear that his Administration can and must do more to address the long-standing racial disparities within New Jersey's criminal justice system that have disproportionately impacted Black New Jerseyans. Last week, Governor Murphy and Attorney General Grewal announced specific reforms that will bring the state closer to a re-imagined police culture. These measures are an outgrowth of the Attorney General's "Excellence in Policing" initiative and advance the Governor's goal to deepen the well of trust between law enforcement and the communities they serve," Harvey wrote.

In Connecticut, black people were at least 10 times more likely to be arrested in at least 8 cities. 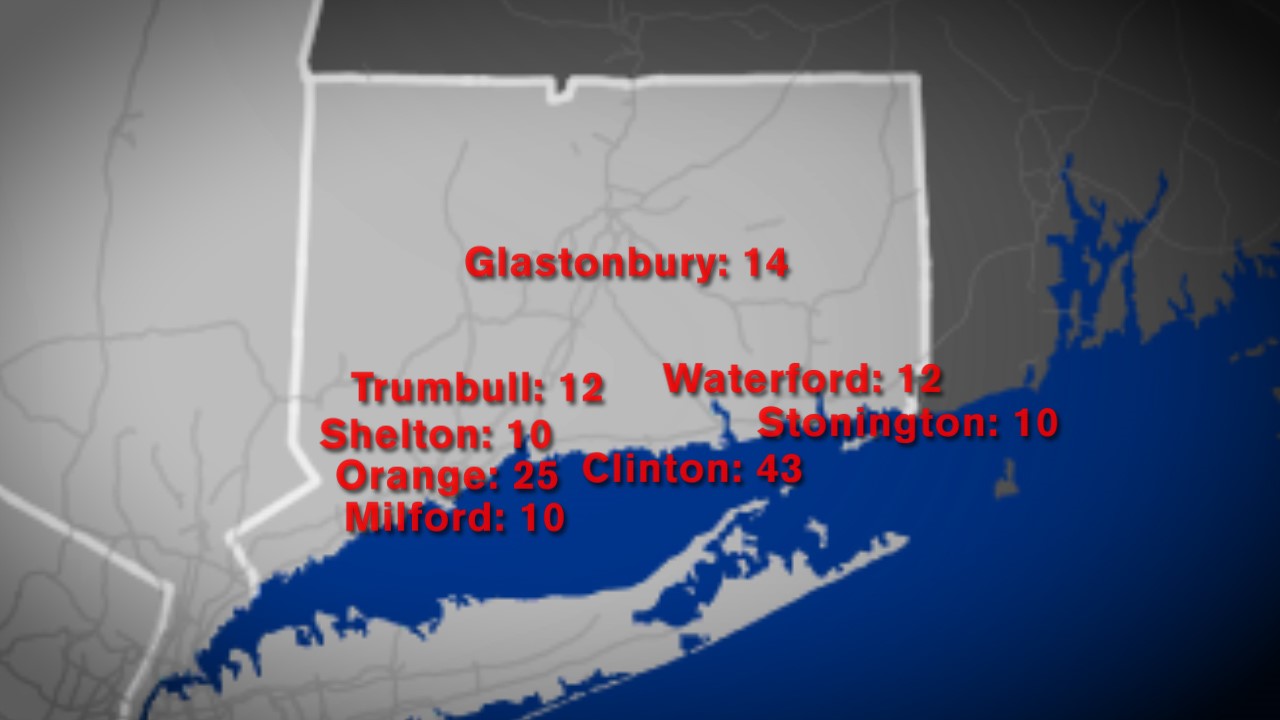 In Clinton, we found black people were about 43 times more likely to be arrested in 2018, the highest disparity reported in the Tri-State, and also placing Clinton among the top 50 departments reporting disparities in the country.

In Milford, black people were ten times more likely to be arrested than white people.

The Milford Chief of Police recently called for change during a virtual meeting on police reformed requested by Governor Ned Lamont.

"You can't just mandate and legislate behavior," said Milford Chief Keith Mello. "It's up to us to manage culture and get everyone on this bus."

In New York black people in two cities, Hornell and Canandaigua were at least 10 times more likely to be arrested. 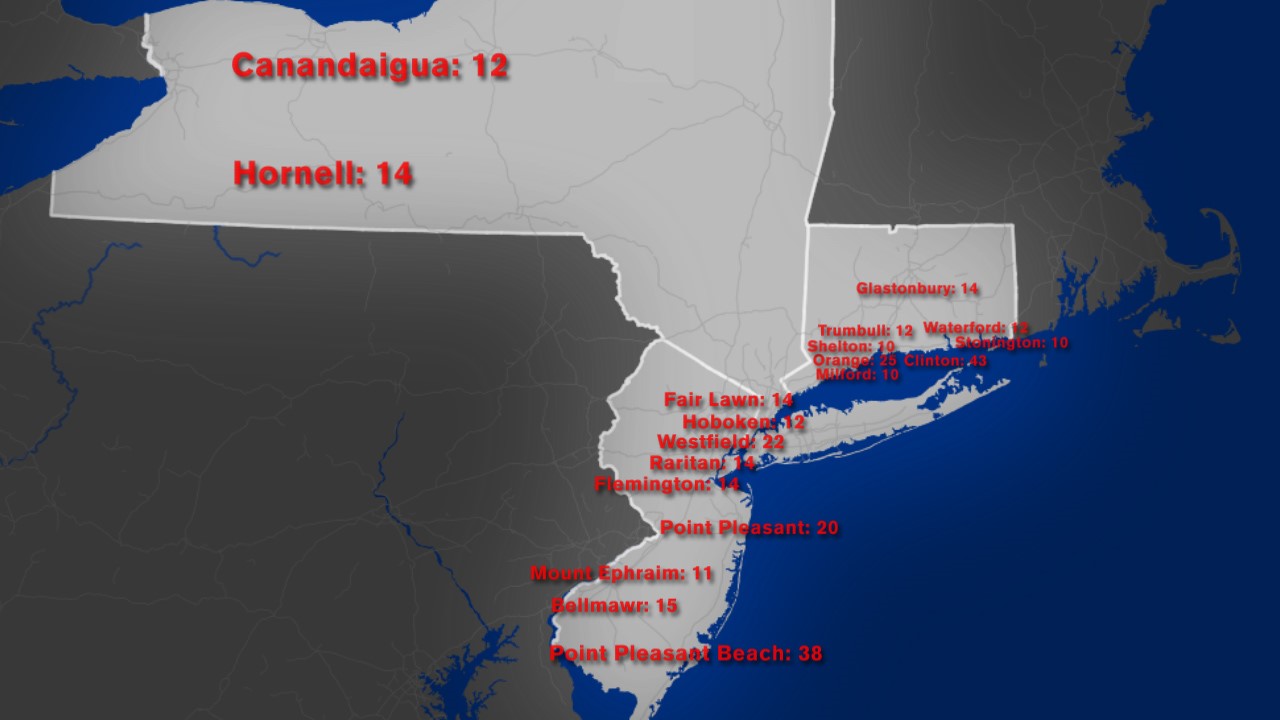 The New York City Police Department does not report this data directly to the FBI and so the NYPD was not included in this analysis.

Gov. Andrew Cuomo has called for a nationwide re-evaluation of police.

"This is how you get at injustice and inequality and you can't do it piecemeal. Either attack it fully or you will never defeat it," Cuomo said.

Not all departments share their arrest records directly with the FBI. Our analysis did not include Florida, Illinois or as previously mentioned, the NYPD.

The data set also does not include cities with fewer than 10 black residents.

Also, because arrest data was provided by individual police departments, the FBI could not confirm their accuracy.

Advocates for reform say its statistics like these that highlight the extent of racial bias in policing and bear clear the need for unilateral reforms.

"Small reforms haven't worked. We need something big and transformative," David said. "You need to think outside of the box and look to ideas that are honestly led by the communities most impacted."

From June 2020: An ABC News investigation in partnership with ABC Owned Television Stations revealed that in 800 jurisdictions, black people were arrested at a rate five times higher than white people in 2018.