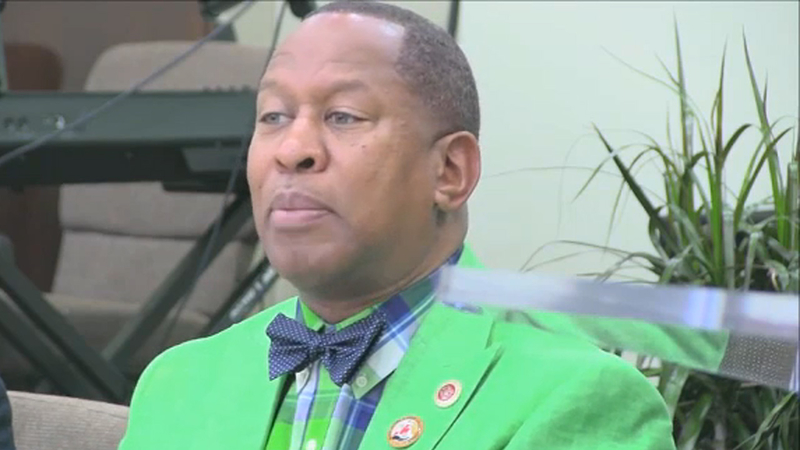 NEW YORK CITY (WABC) -- An investigation is underway into sexual misconduct among city staff and officials, and one city councilman is coming under scrutiny.

Councilman Andy King, who represents the 12th District in the Bronx, is under investigation for sexual misconduct with a staff member. And this is not the first allegation made against him.

King has been a council member for five years, representing the Wakefield and Williamsbridge sections.

City Hall is now embroiled in accusations that King said inapproriate sexual comments to a young female city staffer, and for the first time in Melissa Mark-Viverito's tenure as speaker, the Standard and Ethics Committee will review allegations against one of its own.

"Any issues and concerns, obviously, regarding sexual harassment are taken seriously in this council," Mark-Viverito said. "And we look forward to the hearing that will happen tomorrow."

Sources say the alleged incident happened a couple of months ago. This is the second time King has been accused. Back in 2015, a former staffer said she was fired after refusing King's alleged sexual advances.

Mark-Viverito said the review is not motivated by the ongoing national discussion about sexual harassment.

"It should always be something that's taken seriously, and we've always taken these issues seriously in this council," she said. "And so again, we have a hearing set for tomorrow, the council members will deliberate, and then will make recommendations as to the next steps."

The alleged victim may not be motivated by all the recent news about sexual assaults, but this new allegation hits City Hall amid so much scrutiny over sexual harassment and assault, from Hollywood to Washington.

"Particularly now, given what's happening in our country regarding sexual harassment, we have a special obligation to make sure that anyone coming forward with any reports is feeling trusted and is feeling validated," Councilman Jimmy Van Bramer said.