Sandy Kenyon reviews 'By The Sea,' 'Love the Coopers' 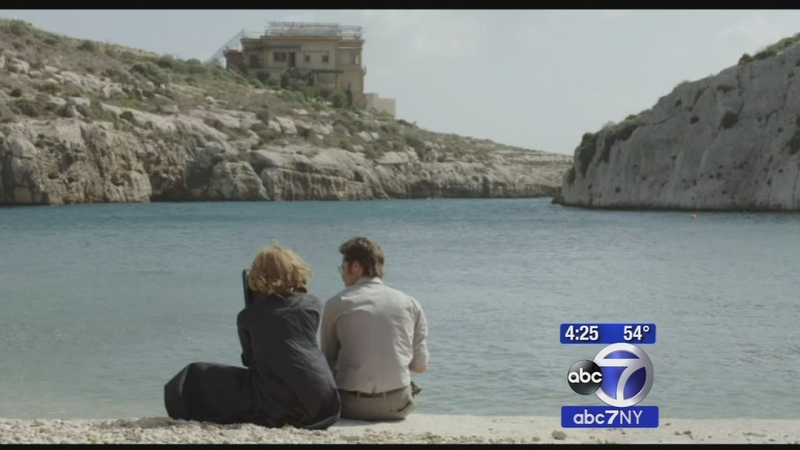 'By The Sea' and 'Love the Coopers' review

NEW YORK (WABC) -- Angelina Jolie-Pitt and Brad Pitt are back on the big screen together in a new film that opens in select cities this weekend. It's the first time the superstar couple has appeared together since "Mr. and Mrs. Smith" a decade ago.

But this time around, the reception is entirely different.

Angelina deserves a pat on the back for trying to write and direct a movie featuring her husband and herself, but that doesn't mean viewers should join them "By The Sea."

Never has watching two of the biggest stars on Earth been so unexciting. To be "By The Sea" is to be bored beyond description. Although her intentions may have been good, the result is just bad. It amounts to mental cruelty, though both the actress and her husband still look great.

Pitt plays a one-shot wonder, an author who scored an early success but who now suffers from a bad case of writer's block, and drinking too much isn't helping. His wife, played by Jolie-Pitt, is without charm, and the pills she takes aren't helping.

Their trip to the seashore doesn't cure their malaise or their marriage, and newlyweds next door are definitely not helping the older couple's mood improve.

Part of the dialogue is in French, because Jolie-Pitt wants this to be like a French film. But by the time viewers understand why these characters are so upset, they won't even care.

In fact, these voyeurs are so unlikable that it's really hard spending two hours with them, no matter how attractive their surroundings might be.

Also, speaking of unlikable, when it came time to "Love the Coopers," it was not lovable.

If one might think this review is too harsh, other critics have shown "The Coopers" no "Love," and they like "By The Sea" even less. The vast majority of critics surveyed on the website "Rotten Tomatoes" had harsh words for both films.
Related topics:
arts & entertainmententertainmentangelina joliemovie reviewbrad pittsandy kenyon
Copyright © 2022 WABC-TV. All Rights Reserved.
TOP STORIES
Queens neighborhood on edge after recent attacks on Sikh community
Four cases of Legionnaires' disease reported in Bronx neighborhood
Heat Advisory issued ahead of possible record-breaking temperatures
Silver Alert issued for missing Long Island couple with dementia
Why a NJ teacher keeps an empty chair in his classroom
Organization connects mental health with mentorship for AAPI youth
2 window washers rescued from scaffolding 42 stories up in Midtown
Show More
'Social Emotional Learning Day': Pandemic puts focus on mental health
Man graduates Fordham 66 years after freshman year
15-year-old arrested in stray bullet death of 11-year-old Kyahara Tay
Baby formula scams are skyrocketing: How to avoid getting duped
9-week-old cockapoo puppy stolen from pet shop in NJ
More TOP STORIES News