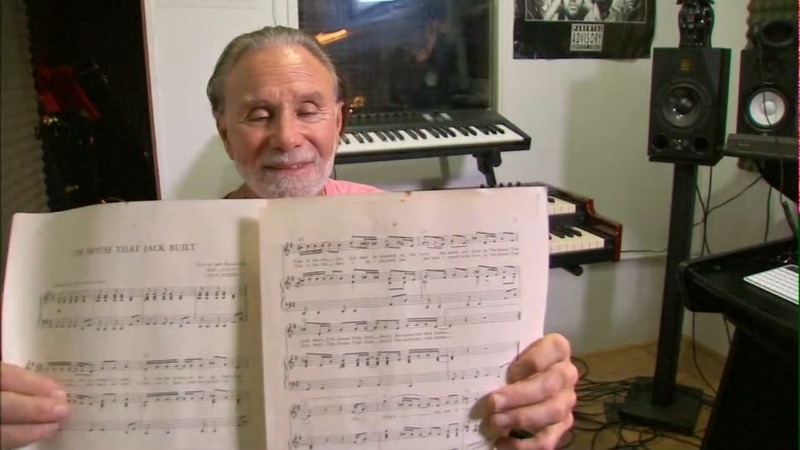 TARRYTOWN, New York (WABC) -- Celebrating the indelible reign of the Queen of Soul, Aretha Franklin, fans from all over were coming to the Apollo Theatre in Harlem Thursday night, singing along to her songs and reminiscing about how her music intimately touched their lives.

Franklin died Thursday of pancreatic cancer at the age of 76.

We spoke with a local music teacher from Tarrytown who wrote a top ten hit for Aretha in the 1960s and he described how she was so much more than an entertainer, she was a force.

The notes, the cords, the percussion, the feeling, Bobby Lance remembers nearly every detail of the hit song 'The House That Jack Built' he co-wrote with his sister in the 1960s.

The song would eventually sell over a million copies with the help of the incomparable Aretha Franklin.

"My whole life musically changed knowing Aretha," Lance said. "She could do any song, she could do jazz no problem. She was a gifted person, there will never be another one like her."

Aretha's career spanned generations and encompassed more than 100 singles on the Billboard charts. From gospel, to R&B, and blues inspirations her music often spoke in a way mere words could not, touching and soothing the soul.

At the Apollo Theatre in Harlem Thursday night fans paid homage to the Queen of Soul, singing, harmonizing, dancing, and honoring a voice that was truly once in a lifetime.

"it touches everybody and it will forever, you only have one, you have one Michael Jackson and one Aretha Franklin," said Lance.