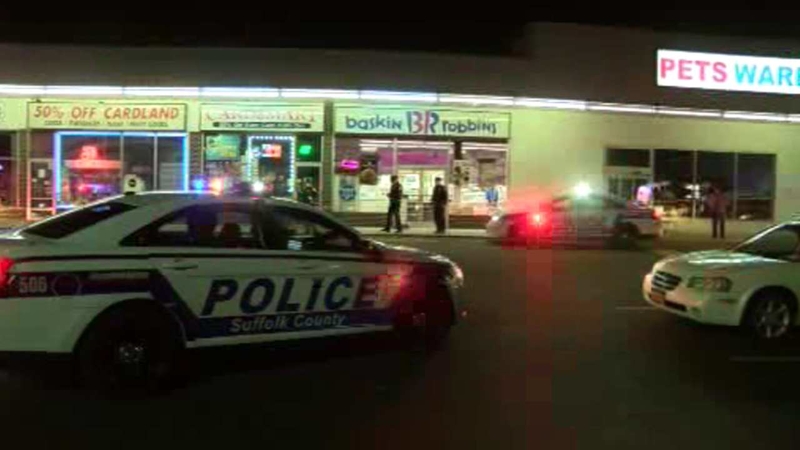 BOHEMIA, Long Island (WABC) -- Police are investigating yet another knifepoint robbery on Long Island, in what is believed to be the 16th in a spree of similar incidents.

Suffolk County police said a man entered the Baskin-Robbins in the Bohemia Shopping Plaza on Sunrise Highway in Bohemia around 9 p.m. Wednesday.

The suspect took out a knife and demanded cash. It's not yet known how much money was taken.

The suspect is becoming more desperate with each robbery and could turn violent, police said. He may be using the robberies to finance a drug habit.

There have been 16 total robberies, six stores in Suffolk County and 10 in Nassau, and in each, the suspect has used a large knife or machete.

One night before the Bohemia robbery, a Subway restaurant in Holbrook was robbed of $300. No one was injured.

The suspect also struck April 15, police said, when he walked into a Subway in North Merrick with a large kitchen knife and demanded money. A worker pressed the panic alarm, and the subject fled on foot with no proceeds.